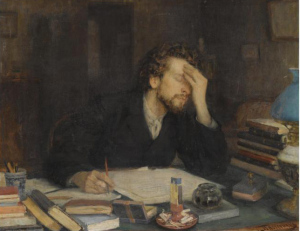 After the election delivered National back into power, many people have been sharing their reckons. It has been hard to keep up with them all. So here is a roundup.

This is intended to be a growing collection of Reckons. What have we missed? Tell us in comments or tweets or t-shirt slogans or whatever.

Starting at home with Ruminator posts:
Lord Sutch: Baby, baby, where did our love go
Colin Jackson: Labour in vain

Now, the entire rest of the internet, in no particular order at all:

Morgan Godfery wrote a “what the hell happened” sort of post with some sharp insights, the left represents no-one while claiming to represent everyone

The Dim-Post has an Inevitable Labour Pontification Post that has generated loads of comments. His pyramid of political needs has already become a widely shared image.

Keith Ng looks hard at the role of the media and zeroes in on some real problems, namely that the National machine might have become immune to the media: Sunlight resistance (also: Dim-Post reply)

Hayden Eastmond-Mein, who worked as the Green Party’s Campaign Social Media Advisor, has a post at the Pantograph Punch: Being gracious in defeat.

Stephanie Rodgers wrote about not having to worry about being affected by three more years of National – but seeing the people who will be.

Former Green MP Nandor Tanczos has an excellent post about grief, change, and next steps.

John-Paul Powley looks hard at the election and Labour’s situation from a close read of voting in the Rongotai electorate. (His maps tell a heck of a story by themselves.)

Pablo at Kiwipolitico wrote a short post right after the election: Left in tatters. He got right down to business, too: “Given that fact, the process of re-definition has to start there: basic definition of economic stability.”

Lew at Kiwipolitico has a pair of posts: Reality-adjacent, about (among other things) National’s powerful use of data to know what New Zealanders actually did care about, and Big Vehicle, about how the election marks a shift away from Small Vehicle politics to Big Vehicle politics.

Matthew Dentith looks at the election and its conspiracy theories

Sarah Wilson writes about coping, and not being ready to talk next steps.

More to be added as we track ’em down…

The Non-Plastic Māori writes an epic, very thoughtful post tying together the current moment with family connectedness, births and deaths, Scotland independence, the situation of the disadvantaged, non-voters, apathy, and loads of other stuff: Tirohia whakaroto

Carrie Stoddart-Smith discusses the costs of Labour stepping into the centre: Centre Woes, and also had a good election wrap-up with a focus on Māori politicians/parties/seats

The International Socialist Organisation of Aotearoa/New Zealand has a widely-shared post: Lessons to learn from bitter defeat

KarolScribe looks toward an Honest Politics, and invokes Rabbie Burns so I have to link to this: Honest politics, poverty an a’ that.

Let me know if you have more….