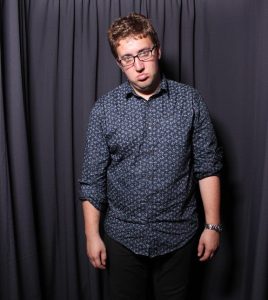 Portrait of an existential crisis

I’ve been doing this blog for about 18 months now, give or take. It’s been fun. There have been some wonderful contributions from a wide variety of authors. Choice. In that time we’ve gone from each post getting about 12  views to each post getting between 500-15000. The variety is wide.

Also, I’m pretty active. Very active. On Twitter. And in 18 months I’ve gone from 0 followers (shout-out to Jarrod who was our very first twitter follower)(and for a long time the  #1 suspect on who the Ruminator was) to over 2,500. And it’s this point I want to dwell on.

I recently caught up with a friend following my rant about people not being dicks and about not being mean to the media. It seemed to alienate a lot of my followers on Twitter. Anyway, this friend of mine said that it felt like I’d lost focus a wee bit. I put it to him that actually I never had focus, and rather it seemed that with a bigger audience, there was an expectation that I would take on a position of  – I dunno the word here, maybe vision? Anyway I wasn’t sure if I was a) capable of being that person, b) ready to be that person or even c) wanting to be that person.

My wife and I have been talking about it a lot too. The expectation that I’ve become some kind of progressive Rorschach test that people can project their values on to. Only to then disappoint them when I do something they don’t agree with here.

As much as this sounds like I’m trying to blow my own horn, that’s not at all what this is about. This is about me trying to figure out my place in the eco-system of people who follow me on Twitter and who read the blog.

Those that have followed me for any length of time will know that I vacillate between angry political based rants, to nonsensical jokes about whatever takes my fancy. And often with a dark twist. Today I started a conversation around 1990s film “good guys” who weren’t really good. I first cited Jenny from Forrest Gump. I said that she was an asshole to Forrest. Only showing up to “love him” when she had exhausted all of her life’s adventures she wanted to have. Then bailing on Forrest again, then rematerialising when she knew she was dying and needed somewhere for her son to go. Well it turns out that a lot of people liked Jenny. And that’s fair.

I also said that Simba from the Lion King was a jerk. He deserted his pride when they needed him, and then showed up just as the bad stuff was coming to a close and cashed in on the weather turning to improve the pridelands. Also, Scar tried to bring the hyenas and lions together. Simba was divisive.

This was all done largely tongue in cheek, but it elicited the following response (and I apologise for singling you out here, it’s rather a symbolic response that fits in with the narrative I’m trying to create):

@RuminatorNZ For a Similar Reason that You Can't "Ackshully" Wear a Tuxedo T-Shirt – More is Expected of You, or are You Just Chewing Cud?

“More is expected of you”. Does this mean I can’t make bollocksy light-hearted jokes? Go off about non-sensical things? Should I be a “serious political pundit” all the time?

It’s a weird place to occupy. I started the blog and the Twitter account because I love the sound of my own voice and wanted to share it wide and far. And now that it is being shared wide and far I don’t quite know what to do.

Anyway, this post is really just a stream of consciousness. Normal broadcasts will resume soon.

Jenny was definitely an asshole.

So, at least that’s clear.

You’ve Let Us All Down.
Do I have to watch Forrest Gump now? Lion King I know inside out from babysitting, but a Tom Hanks film? a Bridge Too Far you crazy wacky guy Rheumy ;- )

Jenny was the biggest of all assholes in that movie. I thought it was just me that thought that, but I’m delighted that you and at least one other person think so too.

Actually, I’m gonna go right ahead and say that lieutenant dan was also an asshole. In fact, he was worse than Jenny because he was somehow allowed to treat women with utter disrespect and blame his assholeness on his disability. I get he would have been really upset and affected in a variety of ways by his loss of limbs, but is that a good enough reason to behave the way he did on New Years Eve? I haven’t lost limbs before but I know people who have and they aren’t assholes, not even at all.

Don’t even get me started on Simba.

You can MOST DEFINITELY wear a tux tee shirt. And we still want to know if you wore Kim’s shoes to the black tie do. Otherwise, fuckem if they can’t take a joke.

Write what you wanna write, I’ll keep reading it.

In fact sometimes I prefer the rants about nonsense than the serious ones.

You’ve confused me now – but in a good way…

WTF? Jenny was no asshole. She was running away from an asshole. There would be no running in that movie without Jenny She was a survivor. who died.