We asked for new writers and we got INUNDATED by people wanting to write for us. Which is great! First off today is Hilary Cameron. 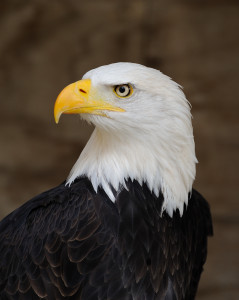 I’m going to state the obvious: we are, like most of the world’s population, constantly bombarded by American culture and affected by the stereotypes it portrays, even if we have no personal experience to verify those for ourselves. Racial stereotypes are a great/awkward/disturbing example of this (see: Devious Maids. Or even better, don’t). We seem to be pretty aware of this, and we are often able to stoke our collective sense of moral superiority over them ‘Murrricans in thinking so.

However, that doesn’t mean that we don’t seem to slip into using some of those stereotypes as a reference point when confronted with something at home that we lack experience with. In this instance, I’m talking about guns.

I started thinking about this after watching Campbell Live as they reported on the tragic killing of Arun Kumar by a 13 year old kid who was robbing the Dairy he owned. During the segment, the reporter stated that one worker who they had interviewed had said that they should be allowed to obtain a firearms license.

Let me make something clear at this point: I am a firearms license holder. I love guns, and grew up hunting. And I, like all people I know who are like me in this respect, am a strong advocate for tight gun control laws. And in terms of what the well intentioned dairy worker proposed this cannot, will not, and should not happen under current firearms laws in NZ. As stated on the NZ police website. As stated on the NZ police website in reference to the Arms Act 1983:

Self-defence is not a valid reason to possess firearms. The law does not permit the possession of firearms ‘in anticipation’ that a firearm may need to be used in self-defence.

This is probably the biggest misunderstanding I encounter among people with no familiarity with firearms. In NZ, because of the the law we cannot have firearms as weapons; they are tools only. This is the mantra I was raised with in my diehard hunting family on the farm, and as a country we do this well. I’m not saying that there are no sympathisers with the American 2nd Amendment here, but they are by far in the minority. The majority, that I know at least, express the same horror and revulsion as everyone else at the continued inability of the US to curb gun access and availability and those revolting open carry demonstrations. The law as it is also means that the likes of the tragically adorable hate-mongerer Kyle Chapman are stalled outright when they start proposing to “recruit armed men to patrol the whole of New Zealand’s coastline to… prevent New Zealand becoming ”a lifeboat for Third World overpopulation””. Since the initial recruitment centre was Oamaru it seems unlikely they wouldn’t get the opportunity to do more than startle a few penguins anyway, but such activity would not be permissible under NZ Law. In the USA, however, it would be their protected right to do so. 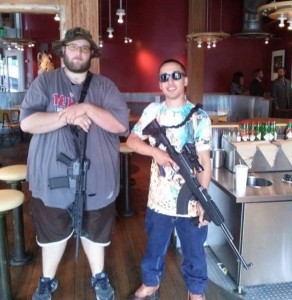 I’m not saying things are perfect here; I would support compulsory registration of all firearms and have their whereabouts checked at the same time someone renews their firearms license. It’d make a hell of a lot of sense in light of the launch of Operation Unification by the police last week, and arguably prevent rare but no less horrendous incidences such as the Jaan Molenaar shooting.

I completely understand that there are people who want nothing to do with firearms at all and would rather see them banned outright, and do get where those people are coming from. It is easy to be scared of something that you don’t understand and have no familiarity with, and is shown daily in a badass/gangsta/shoot ’em up pop culture context alongside all too common mass shootings in world news. These thing are made to kill, there is no getting around that. But this is something we can legitimately claim superiority over our American friends, both culturally and legislatively. We do it really well. Remember that next time you sit down to watch the next episode of Duck Dynasty, because those dudes ain’t me.

Do you want to write for the Ruminator? We always like hearing from new people. Email editor@ruminator.co.nz