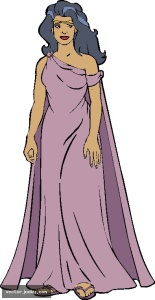 This was not the spirit of Earth I was looking for

In which our intrepid author continues his Gonzo adventures.

I had agreed to meet Russel in the Wellington Town Belt. He said he wanted to be close to nature when we met. Because he didn’t trust me and he wanted everything he could have in support. And by everything he meant Gaia. I was disappointed to learn that Gaia was not the superhero from Captain Planet who provided spiritual guidance to the Planeteers, but rather was Russel’s God.

“Hello Russel” I said, not quite sure how to pronounce his first name because it’s missing an L. Russil. Russ-sell? Russ.

“Hello David” he hissed. Whenever I talk to Russel in person, I’m always struck by two things. Number one, how tall he is. And number two that he’s a parseltongue.

He was sitting on the ground, having a little tea-party of one. As though he was some kind of Mrs Nesbit.

“Ssssit down and join me in communing with Gaia” he said. “Have a cup of teassssssssss”.

“That’s not even grammatically correct Russ,” I said, “it’s a singular cup of tea. There are no esses in one cup of tea. Stop showing off.”

I sat down on  the mossy ground. Russ had thoughtfully bought a hemp rug. He passed me a cup of tea. It didn’t look like tea. It was yellowish-green. I drunk it anyway, because I trust Russel. Russel smiled.

“That was messsssssscaline” he said.

This was starting to become a dangerous job. After the lines of cocaine I did with John Key, I didn’t expect that my adventures with MPs would be such drug fuelled hazes.

“You’ve been in Wellington, you’re so beltway. It’s time you reconnected with your earth-force.”

“Russ” I whined, “didn’t you get rid of the pseudo science hippy element from your party when you banished Sues Kedgeley and Bradford to the outer realms of the hemisphere to stand watch over the dragons of Thalzabar?”

That sentence did not end how it was supposed to.

He continued, but I don’t think it would have mattered if I was there or not. “I always find the initial sensations of a psychedelic trip to be the most difficult part. It is a period of confession where my actions and their results are reflected to me and stand alongside the purity of Gaia.”

“And what are your confessions Russ?” Despite my addled mind, I still spied an opportunity to get a scoop.

“My confessshions are that I did not lead the Greens to an almighty victory where the righteoush good of environmentalists triumphed over the evils of capitalism and industry.”

“And why do you think  you didn’t winderflubbitybip?”

If Russel noticed my verbal trip-up, he didn’t acknowledge it. He just stared straight ahead. At the Pohutakawa that had a knot in its bark.

He reached out and started stroking the trunk.

“And this is me, stroking the New Zealand electorate. Telling them what I want them to know and understand.”

It struck me that under the influence of mescaline, I didn’t notice Russel’s hiss so much. However his Australian accent was becoming more pronounced.

“But it tricksed us it did, naughty electorate. Tricksy electorate said we’d get 15 per cent. And do you know how many we got?”

“Ten?” I said, though I was fairly sure it was ten.

“ELEVEEN!” Russel’s eyes spun back in his head as he screeched the prime number that his party had achieved.

The post election blues hadn’t been kind to Russel

He leapt to his feet and scuttled off into the bush on hands and knees. As though he had been possessed by the spirit of a spider but was missing the four legs that makes spiders spiders so he just looked a bit awkward and ungainly.

I found Russel at home. He was sitting on his couch stroking one of his ferrets. The effects of the cactus-tea seemed to have worn off.

“Ferrets?” I exclaimed with some degree of surprise. “Aren’t ferrets the bane of New Zealand’s native flaura and fauna?

“Yessssssh they are, but one lessh Ferret in the wild is one lessh wild killing machine.”

“Fewer” I corrected. “One fewer ferret”.

“ONE?” Russel screeched. “ONE? I have HUNDREDS”

Russel gave a little whistle, I couldn’t be sure but I think it was Saint-Saens’ Carnival of the Animals. Then he continued. And it was definitely the Carnival of the Animals. Then Katya joined in and between the two of them they whistled the entire seventh section and suddenly the room was filled with ferrets. Ferrets as far as the eye could see. They enveloped Russel until it appeared he was wearing a ferret costume. An outfit of writhing furry masses.

He calmed down and sat down. The ferrets around his bottom all meshed together to form some sort of cushion. 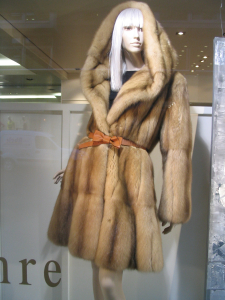 This is not even Russel’s final form

“Now that I am the Ferret Mashter, no native bird’s egg will be eaten without my say so. And I will protect all of the native birds. Except for the Kaka. For its screams keep me up at night and I hate them.”

We moved on from his lounge room to his study. The walls were made from recycled Hello! Magazines. All of them bizarrely had Taylor Swift on the cover.

“But that’s not what I brought you in here. I wanted to show you my prized possesshion.”

He blew some dust off a box and pulled out a dot-matrix printer. “You know, quantitative easing begins at home”.

He pushed the “PRINT” button and the anachronistic printer sprung into life. It jerked and shuddered its way through its process, shooting out page after page of dot-matrix paperered $20 bills.

“Russel, you can’t print money like that. It’s illegal.” I didn’t want to lecture the Greens’ economic spokesperson on money law but it seemed I needed to.

“No, you don’t understand, it’s good for the economy. If I print off more money and go and spend it, then that money goes into the economy, and it will ultimately trickle down to those who are most in need.”

“Do you mind if I tear the sides off?” he asked. “It’s my favourite part. It’s so satisfying. It’s like pealing the glue off magazine inserts.”

He tore at the side of the paper and giggled with each pull. But then suddenly he jerked too hard and there was a tear in one of the $20 bills.

“OH SONOFABITCH. Mother fucking arssssssh. What the fuck is this shit? Jesus.”

Russel’s tantrum had lasted ten minutes. He’d actually punched one of his ferrets right in the face during his rage. I had heard he had a temper. But this was something else.

We were now in Russel’s Skoda driving to Commonsense Organics where Russel was going to spend his dot-matrix $20.

We walked in and immediately the manager came over. She’d seen us walk in and obviously recognising Russel had made a beeline straight for us.

“I’m sorry Mr Norman, I’ve told you this many times. Your fake money is no good here.”