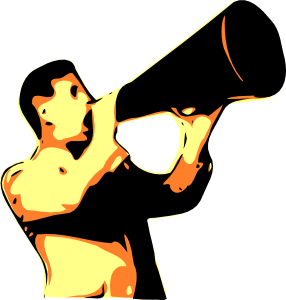 Hello again, it’s me, your second favourite left wing ranter. It’s 45 minutes before David Cunliffe makes an announcement on his future, and everyone is suspecting he’ll resign and Grant Robertson will become leader in an uncontested, bloodless coup. First thing’s first, I’d like to dedicate this to Cameron Slater, who in a desperate plea for attention following his marginalisation by Nicky Hager did a post called “the King is Dead, Long Live the Queen” and then had a picture of Grant Robertson with a tiara. Fuck you Cam. I want you to read (or listen if that’s beyond you) to the lyrics.

Now, onto more pressing matters. What does Labour have to do to “reconnect” with voters? A lot of people have indirectly said that Grant is too urban lib to be leader, that he’s too Wellington, some (Cam) have even said he’s too gay. Well none of those things are true.

Other commentators have suggested that Labour as a whole needs to possibly shelve their gender policies, maybe think about fairness as less about gender and identity politics and more about MOAR JOBZ. In other words, appeal to working class folk. The implication being that working class people are a) not women or gay, and b) that they don’t care about either of these things.

Well I think you’re wrong there. I don’t think Labour got shellacked because they love teh gayz and women, but rather because no-one had a clue what the hell they were going to do as leaders. When your flagship policy is a tax so complicated that no-one understands it then yeah, you have lost touch with New Zealanders. And remember that their flagship policy the previous election was a negative. They weren’t going to sell assets. Both of those policies (or unpolicies), sound like economic policies to me. So let’s all stop this bullshit that Labour focused solely on identity issues. And let’s stop asking Josie Pagani what she thinks as a representative of the left. Coz she ain’t. Besides, what was National’s flagship policy this election? It was John Key. That was it. And John Key is likeable. And people don’t seem to feel that way about Cunliffe. And Grant is super likeable. I only met him for an hour or so and I found him intensely likeable. And I don’t usually like anyone.

What Labour needs is someone who can unify the bloody caucus. Because when your leader is being white-anted by leaks coming from senior MPs, when there is open hostility towards the leader by MPs, that party ain’t winning shit. And when “senior” members of your party are going to National and asking what they can do to ensure that the leader never becomes Prime Minister then two things need to happen.

2. That new leader has to have the bravery to clean out the party of this disgusting behaviour. To all those MPs who thought that they were working for the greater good, you weren’t. You were being selfish and awful and it’s time to find new employment.

Ok, this post has taken me 15 minutes to vomit out. There’s now only 30 minutes left of David Cunliffe’s perceived career as Labour leader. Let’s see how this plays out.