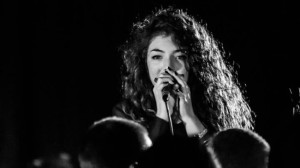 A 16 year old girl from Auckland’s North Shore is now number one on the American Billboard pop charts. She’s defeating the wicked witch of the twerk Miley Cyrus and is the youngest number one artist since Tiffany in 1987 – the year I was born. What does Lorde’s success say about us as a society? Are we suddenly into the North Shore? No. I think something cooler is going on.

For the last two decades it seems popular culture has descended into an arms race for maximum exposure. How much skin can this singer get away with on the VMAs red carpet? How many cameras can we fit into the Big Brother house? How many Twitter followers can hang on Lady Gaga’s every thought (read: promotion team’s whim)? Even popular music seems to mimic this race to the maximisation – heavily compressed tracks that form one big radio friendly ear blast. A previous chart topper like the Beach Boy’s Good Vibrations wouldn’t work on radio today, not because of its outdated hippy sound (that vibe has probably come full-circle hip again in 2013) – it’s too dynamic for radio play today. The song gets loud and quiet (fancy that!) and swings in stereo from left to right. In the MP3 century where the best songs must be ringtone friendly – it wouldn’t work.

Lorde has shattered this arms race. We’ve heard one thousand times now that she was signed at age 11 by her record company. But the key to her success is that they didn’t wait for the trigger moment and start putting Lorde ads all over YouTube, she didn’t compete with Meridian Energy for your aggravated forced attention. They didn’t put posters up on every street corner. We didn’t hear ‘Royals’ during Katherine Heigl’s latest big screen first date moment. They leaked her out, piece by piece to selected blogs. To industry influencers. To the right people. And only ever by a trickle.

Even her music seems like it’s holding something back. Her debut album Pure Heroine is 10 tracks, 37 minutes and you could count the total number of instruments featured on one hand. The smoky mystique of Lorde is slowly disappearing now as she is forced the play the game and give more interviews but the damage to the charts has already been done. The world seemed captivated by not only the unencumbered music of Lorde but also by this ghostly teenaged persona. The truth is she’s just a very talented 16 year old who’s had a hell of a machine developing her musically for half a decade. Not to mention a fairly blessed upbringing by a well-to-do Auckland family. But then, what did we expect?

The Wizard of Oz was revealed to be a frail, pathological liar hiding behind a curtain and that wouldn’t be a fair analogy for Lorde – she’s undeniably talented and almost unspeakably cool. But there is a parallel to the power of putting someone behind a certain and letting you fill in the gaps on how powerful they really are. In an age of daily front page news about how government agencies are spying on our every move, TV shows testing the boundaries of depravity and social media letting us share every tiny detail about ourselves to anyone who cares to read it – maybe we are starting to crave the old Hollywood mystique of not knowing everything about our cultural icons. Maybe we want a little mystery back. The charts sure seem to think so.