I was born in 1979, during the decline of technology. I’m not saying today’s technology is dead, but it bores me to tears. Every time Apple calls a meeting with the press, I pray a hologram of Steve Jobs will reveal some kind of amazing new technology that will change our lives forever. What if the new iPhone could transport us from our home to the other side of the planet? Oh, it can’t do that? I see, so it’s just 2 mm thinner than the last one.

Remember the invention of the television? OK, me neither, but according to the hieroglyphics of my ancestors, it changed the world. People could finally stop using their boring imaginations to picture what a news announcer looked like and instead look at the actual face of the person only to realise their imaginations weren’t so boring after all! 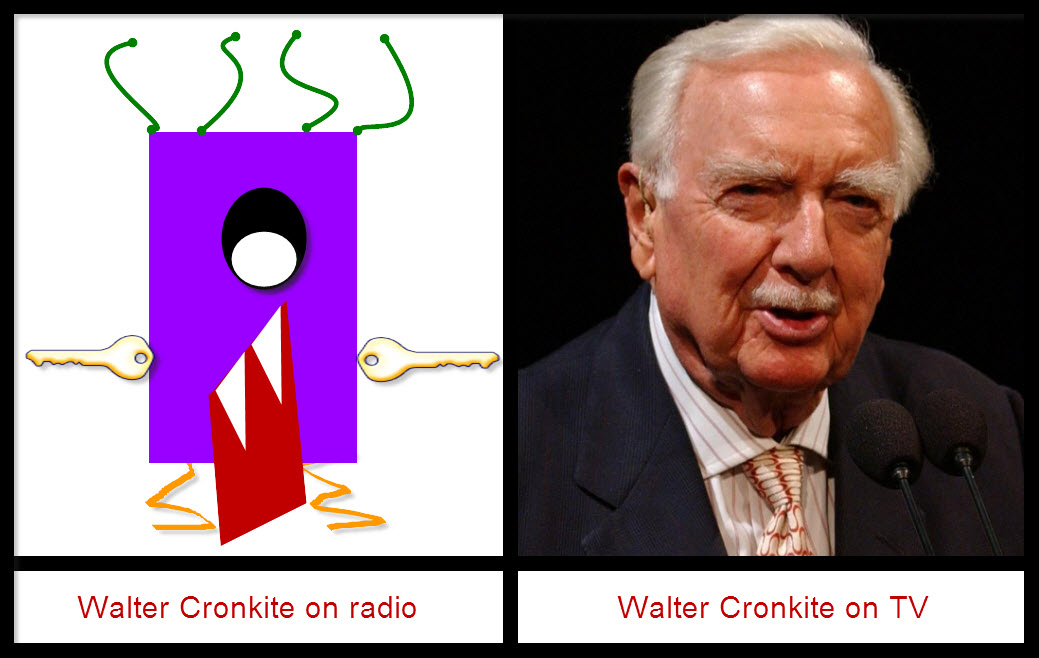 Televisions* used to be more than just defunct pieces of furniture gathering dust in the corner of your lounge room. They were grandiose boxes of brilliance, beaming important cultural content into every home in the first world. The invention of the television brought us Happy Days. TVs were Bold and Beautiful. Whether we were on Coronation Street or just hanging out with Neighbours, they were the Days of our Lives.

*For you youngsters out there, televisions are like giant stationary tablets.

The photo below depicts a couple on their first date playing the popular 1950s parlour game, “Excuse me, plug it where?”.

The one drawback of a miniature portable radio was of course forgetting it was there. Here is Buster Abernathy, a student at VUW, searching for his “missing radio”.  After asking strangers on the street if they had seen it and hearing giggles in response, he glanced at his reflection in a shop window. His last words before dying of embarrassment were, “I’m such a tit”.

Early computers were quite cumbersome. You couldn’t even move it from the lounge room to the bedroom to watch the latest episode of Orange is the New Black illegally downloaded from a Chinese website.

Luckily, computer scientists quickly discovered that approximately 99% of the the wires and cables and tubes they thought were integral to the computer functions were completely unnecessary. In an interview late in life, Clifford Elderberry, lead scientist for Texas Instruments in the 1950s said all the tubes “seemed like a good idea at the time”.

Technology brings people together and connects them in new and exciting ways. Nothing connects people more immediately than a mobile phone. Technology also helps people reconnect with themselves. Harry Shilling, a Post Office engineer, rediscovered his love of ponies after a long and involved conversation with himself:

“My grandfather took me to the local fair as a kid, and I just loved riding the ponies.”

“Uhh, I gotta go, someone’s at the door”

When technology was at its height (1948-1960), people would do anything to get their hands on the hot new thing. Just like today’s consumers, they had no idea what they were actually buying. The man pictured below, A. S. Goldsmith, was perhaps the most notorious technophile in our nation’s history.

Here he is arriving back from a trip to Australia in 1960 with a television antenna he “just had to have”, despite not having a television. Televisions were not introduced into the NZ market until 1988.

(Feature image based on Robbie the Robot, a Creative Commons Attribution (2.0) image from aussiegall’s Flickr stream)