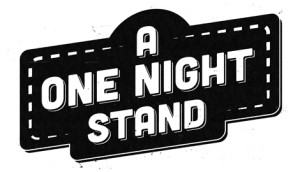 Alexander Sparrow is a bright young thing from Wellington’s up-and-coming comedy scene. He did a show called Narcissistic Diva in this year’s Fringe Fest and that title seems apt. This year he was one of the acts featuring in “A One Night Stand” at Kitty O’Shea’s.

Unfortunately I arrived marginally late for this show, but I believe he’d established that he’d stocked the room with friends from uni, some colleagues from work, and his family. This was perhaps not the wisest of moves as the bulk of his 45 minute set revolved around those three things.

He is immaculately turned out and looks sharp. I think that’s an important part of starting out as a comedian. When you’re not a Jeremy Elwood in flannel then you need to dress the part, so a good start.

He started off a touch nervously when he didn’t get the immediate laughs he was expecting, however to his credit he ploughed on with the material regardless and won the crowd over with some good lines.

His stage persona (and I’m assuming it’s a persona for the stage only) is of the braggard. “I’m better than you and I’m winning at life.” It’s a tough act to sell to the crowd, as you’re trying to get them to laugh at your bravado, and not just think you’re a fuck. A couple of times he goes a bit far but overall he does very well in negotiating a thin tight-rope (please excuse my mixed metaphors).

He’s obviously schooled in comedy, as his set is littered with pull-back-and-reveals and he sticks very closely to the rule of three. This is good – except it can create a sense of predictability about the gags. Once we’ve seen it a few times, we know the pattern and we can predict how the joke will finish which can nullify its effects.

His piece on how people waste free speech is excellent, and shows a sharp-eye. It’s easily the best material he delivers on the night and he would do well to try and broaden that lens over other subjects as he seemed strongest railing against what he perceived as being wrong with the world.

But then he starts reaching for the shock and awe tactics. Incest jokes are fine, as are jokes about having sex with old people but please don’t make the joke the fact that you’d consider incest. Any person who’s been to a comedy show has seen that gag a million times. Give us something new, show me a different perspective.

He told us repeatedly that he’s a theatre student, and it shows. His stage presence is excellent and he keeps the audience enthralled even through some of his weaker material. There were a number of times where he’d start something promising but then trail off without a punch-line, leaving the audience wanting more, and feeling a little unsatisfied.

I think he shows some real potential, he should maybe think about sharing a show next year and just concentrating on a really tight 25-30 minute set because I think he has the talent to pull it off. This year felt just a bit ambitious for what he had to deliver.

This guy really sucked. I wouldn’t recommend going to his stand up show. I will be keeping clear next time. It was very boring, you could tell he was nervous and that killed his performance. He had some really bad jokes in there that just made me feel sorry for him sometimes. yeah all and all wasn’t a good performance at all.

not sure if being a comedian is for this guy, he would have failed so badley if his friends and family wernt there because the jokes were obviously aimed at them and wernt funny to anyone else. wouldnt recommend his performance.

I stand by the review. I thought it was a brave move for a relative newcomer to do just his second hour-long show. There were genuinely funny parts of the show. Alexander just needs to work on honing those, while chopping the extraneous bits and he’d have a tight routine.

I didn’t see the show, but I think it’s important to remember that comedy is subjective. I don’t think there’s any one comedian who EVERYONE finds amusing.

Except maybe Bill Cosby. He is universally loved. Look it up.