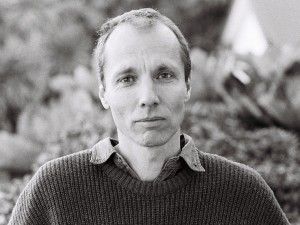 I’ve never seen anything like this. Danyl at the Dimpost has said the social media election has finally arrived and he could be right. But if what that means is we all get increasingly partisan and angrier then I don’t want our elections to be “social media elections.”

I’m not angry at the revelations in Nicky Hager’s book. Hell I’m not even surprised. It’s disappointing more than anything else (I’m trying hard not to do the disappointed father thing which I know hurts more than the angry father, but less than the absent one).

This isn’t really a new type of scandal, despite what people would have you believe. The only thing that’s new is that the major player runs a blog. And I think that’s incidental to the real issue here. Which is that the key players in the book – Cam Slater, Jason Ede, Simon Lusk – are just awful people. As I’ve gotten older I’ve come to realise that folks are folks and dicks are dicks. For the most part people are decent. But there are always assholes. And the problem we’re seeing now is that these assholes are coordinating and proving successful. Take away an asshole’s success and you’re left with an angry guy sitting on a park bench yelling at cars. So if there’s going to be a big plus out of this, it’s that hopefully asshole-behaviour will be less appealing. Because you (might/will) be exposed.

I’m not so naive to think that “the left” doesn’t partake in shenanigans like this, however I give no credit to the argument that “this isn’t that bad because the left do it.” Because there’s no fucking proof that the left do it, and they’re not in government. That’s a really important distinction here. If the government in power is running this sort of shit then they’re doing it to try and maintain power, and that’s what we call totalitarianism boys and girls. And if I was running a blog back when Mike Williams tried his dirty little H-Fee thingo, I think I’d be equally disappointed. Frankly politicians, you’re all dicks and you need to cut it out. You’re our elected officials for god’s sake. you’re supposed to be the first among equals. You’re supposed to be better than us because you fucking lead us. Stop dicking us around and do some leading.

"These are serious allegations, and New Zealanders can trust that we're looking into them," the PM didn't say but could have. #dirtypolitics

Key didn’t say that. He basically said “Yeah so what? We did nothing wrong, and I’d do it again in a heartbeat.”

I just had coffee with someone who told me their dairy-farm-owning National-voting father had told them for the first time in his 50 years of eligible voting he was considering not voting at all because it was all so mucky. And that’s a real shame. Because even if I disagree with your politics you should still go out and vote. Not because people died for your right to vote, that’s meaningless in today’s world. But because voting is the only lever of power we have. And if we all become so disenchanted with the system then we leave it up to a small amount of motivated people. And the motivated people tend to be the ones who we shouldn’t be leaving in charge of the country.

Goodbye to all that, with added spraycans

I’m just glad that this muck is out in the open.

Only just started the book, so I’m not reading too much of the commentary, but did check out this Herald article: Judith Collins on her last chance – Key (http://www.nzherald.co.nz/nz/news/article.cfm?c_id=1&objectid=11311222)

“Mr Key also put Ms Collins on her final warning in March when she was found to have misled him and the public about her Beijing dinner with Oravida boss Deyi Shi.
Mr Key this afternoon said that warning was still in place. He denied she was now on her “last last” chance.
“What she’s on is on her last chance after what happened last time. But at the end of the day she’s also subjected to a left-wing smear campaign. And people will actually see that as well for what it is.”

This could have come straight out of the Civilian! Total farce.