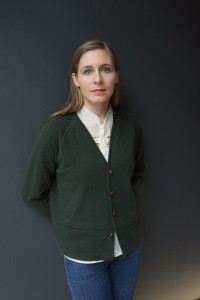 So, hasn’t Eleanor Catton made a bit of a splash. In 18 months she’s gone from Cultural Golden Girl, praised by the Prime Minister as being super intelligent, to political pariah and one of those disgusting Green voters.

Now notorious Old White Man Sean Plunket waded in and called her a traitor. A TRAITOR.

Traitor (n): one who betrays another’s trust or is false to an obligation or duty.

I’m not sure what part of Eleanor’s criticisms of New Zealand make her a traitor. Plunket’s use tends to suggest that he – or New Zealand – has some kind of ownership of Eleanor’s comments. Which ironically is exactly what she was complaining about.

Let’s take a lot at the offending piece (courtesy of this piece from LiveMint.com)

New Zealand has the misfortune in not having a lot of confidence in the brains of its citizens. There is a lot of embarrassment a lot of discrediting that goes on in terms of the local writers. I, for example, grew up just having a strange belief that New Zealand writers were automatically less great than writers from Britain and America, for example. Because we were some colonial backwater, we weren’t discovered, which I’m hoping will change.

The matter of having this kind of cultural embarrassment about your place in the world, we really need to actively resist that and be brave. I don’t think good literature can come about without bravery. The last thing you want is a whole country of embarrassed writers slinking around.

So far she’s offering an opinion on the local writing scene. Something that I think she would be better placed to comment on than say, oh I dunno, Sean Plunket or John Key. Nothing treasonous here.

The good side of New Zealand is that there isn’t all that kind of shallow literary fame where everyone’s backstabbing each other. You kind of need a snobbery for those kinds of things to happen. But I think it is always a shame when people don’t stand up for what it is that they really believe.

More of the same.

And I do think the problem we face in New Zealand is that we are reluctant to express firm beliefs in anything. An example would be, I was teaching in class in Auckland. I made up a statement with manifestoes from all over the world, different writers who all thought what writing should do or not do. I was going to give it out to my students and have them write about the one that spoke to them the most. When I was putting this document together, I thought, hang on, I don’t have any New Zealand writers here. And I spent an entire day on the internet trying to find an aesthetic statement from a New Zealand writer and there was nothing. Hopefully in the future, we have more people being brave in that way.

We have this strange cultural phenomenon called “tall poppy syndrome”; if you stand out, you will be cut down.

It’s pretty much a given that the Tall Poppy Syndrome exists right? I mean no-one really debates that unless you’re an All Black, then mate, you should pull yer bloody head in.

One example is that the New Zealand Book Award that follows the announcement of the Man Booker Prize, in the year The Luminaries won it, there was this kind of thing that now you’ve won this prize from overseas, we’re not going to celebrate it here, we’re going to give the award to somebody else. If you get success overseas then very often the local population can suddenly be very hard on you.

You could possibly level the accusation that she sounds bitter here, but I suspect she’s just stating it as she sees it – that she probably deserved to win NZ Book of the Year because, y’know, Man Booker, and then she didn’t – and she’s explaining why she thinks she didn’t.

Or the other problem is that the local population can take ownership of that success in a way that is strangely proprietal. So many people have talked in the media and me directly in ways of 2013 being the year that New Zealand won the Man Booker Prize. It betrays an attitude towards individual achievement which is very, uncomfortable. It has to belong to everybody or the country really doesn’t want to know about it.

Here’s the ironic part, in light of Plunket’s comments. He seems to think she should speak AS NEW ZEALAND and not criticise it, because to do so is to be a traitor. Well ironically she’s complaining about that very attitude.

I know I shouldn’t complain too much—I’m in such an extraordinary position—but at the same time I feel that in the last year I’ve really struggled with my identity as a New Zealand writer. I feel uncomfortable being an ambassador for my country when my country is not doing as much as it could, especially for the intellectual world. It’s sort of a complicated position to be in.

At the moment, New Zealand, like Australia and Canada, (I dominated by) these neo-liberal, profit-obsessed, very shallow, very money-hungry politicians who do not care about culture. They care about short-term gains.

And here we get into the political commentary. Which I think we can all agree (JE SUIS CHARLIE!) she is free to make. She doesn’t agree with the current political direction that New Zealand is heading in. She recognises that NZ, Canada and Australia are all governed by Centre-Right/Right-wing Governments and she thinks they are driven by money.

They would destroy the planet in order to be able to have the life they want.

And here her environmental credentials come out. She views the ignoring of climate change as a big issue, seemingly.

So overall, I see nothing here beyond what anyone else could say – they can criticise the Government all they like. They can say mean things about how they view New Zealand’s treatment of people in their industry – hell, they’re well qualified to do so.

What I’m not seeing is anything treasonous.

And as someone pointed out on Twitter today (sorry I cannot find you or I would reference you), John Key seemed very happy to have Jonah Lomu supporting him. So it seems he’s cool with people “mixing” politics and their industry when it suits him.