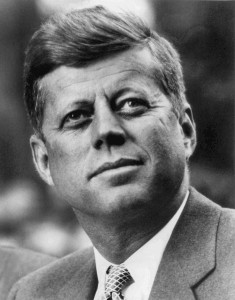 Over the weekend just gone, I was at a social gathering where someone suggested we play Presidents and Assholes (or just “Presidents” as some may know it). If you’re unfamiliar with the game then you can go read about it at the overly verbose Wikipedia entry for it. Essentially it’s a race to clear your cards with 2s being the highest. There are a variety of local rules so it’s important you clarify those early, you don’t want to get halfway through a round and find that some fucker doesn’t know the consec rule and thus ruins it for everyone else. Or the weirdos who think it’s ok to play the a pair of 9s when a pair of 9s was just played before them.

Once you’ve cleared up the weird nuances that seem to exist for every game worldwide, it’s time to play. And this is where my Presidents as a metaphor for life kicks off.

To start with, we’re all ostensibly equal at the beginning. In theory, every player has the same chance in the game as everyone else. But this is just not true. Because your starting point is the hand you are dealt. Get shit luck at this point and you are in for a world of hurt. You play a round and it quickly becomes apparent who the lucky ones are, and who are the unlucky ones. And then that first round ends. And those that were already lucky, well they’re just about to get luckier. And those who got dealt a shit hand, tough luck bud, you’re about to give up the best chances you had of improving your lot.

So you start the next round, and the “President” is entitled to the two best cards of the “Asshole” and the “Vice President” gets one card from the “Vice Asshole”. Already you’ve created a model for entrenched power. Where a loser’s chance of ever increasing his lot is severely inhibited by something so far out of his control. And then it just gets worse. And those who were lucky, well they keep being lucky and so their power is further entrenched.

And so to those at the bottom of the food chain, they have to hope for good luck. This is where the consecutive rule can be their friend. If they are fortunate enough then low cards come out in sequential order and someone has the intelligence to yell “CONSEC” as they play a third sequential card. Then, and only then, will those with a shittier hand have a chance to win. But the likelihood of this is very low, and it’s again completely dependent on someone else enabling you to do this. Once more, you’re on your own buddy.

And so, until someone works out a way of smashing the system and preventing the President from monopolising power then we are all doomed. Doomed to sit there, and lose, and continually have those at the top drop their Number Twos on us.

EDIT: To add a level of intelligence to this shambolic post, Lew went and brainied it up:

@RuminatorNZ Whereas poker is the right-wing ideation of life: your actual hand doesn't matter, it's all about how you play it

3 tweets from ACT candidate for Northland, Robin Grieve, that tell you everything