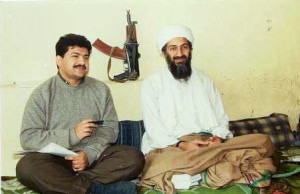 If we don’t continue to publish cartoons of Mohammad then the terrorists will have won!

When 19 terrorists of largely Saudi origin hijacked four United States planes and murdered 2,996 people they changed the world forever. Subsequent “wars on terror” have done nothing to quell the antagonism felt towards the United States. Except now the motivation has changed.

Nowadays, terrorism coming out of the Middle East seems to be done to just fuck with us. It’s done in the name of carrying on the terror.

When the 9/11 attacks occurred, I was living in the United Kingdom. One of the best opinion pieces I’ve ever read was written in the wake of the attacks by former Times editor Simon Jenkins (it was a struggle to find online, but I did and I’ve copy/pasted it to a page here on the Ruminator, you should read it in full, it’s incredibly prescient). In it, Jenkins argues that the United States should not respond with “revenge” in mind, because there is no-one to commit revenge against, except for the individuals who committed the acts. This was not not an act of warfare committed by one state against another. It’s almost as if Jenkins’ piece provided the reverse-blueprint for what the United States did next with its ill fated “War on Terror”.

The consequences of that day 13 years ago are too numerous to list, but from a minor perspective we have to take our shoes off at a lot of domestic United States’ airports, the screening procedure takes about 50 years and now foreign visitors are treated like prisoners when they arrive into the US when they get finger printed and have their retinas scanned.

But it goes beyond that, the United States and its coalition of the willing’s response was to climb into first Afghanistan and then Iraq. The reaction of revenge over reason has unstabilised a region that was already heavily unstable. And its response, heavy handed as it has been has caused a number of people to grow up not knowing anything except the United States having a military presence in their homeland. What you’ve achieved is to motivate – radicalise they call it – people to hate you and what you stand for.

The Islamic State kind of represents the pointy end of this. They are truly the caricature of a super villain organisation. Except they’re real. They kidnap AID workers, journalists – formerly off-limit individuals who are now fair game. They behead them and release videos of these atrocities so the world can see and recoil in horror as we shake our heads at our desks and wonder how on earth humanity could do such a thing. They issue statements saying that slavery is a great thing. They use rape as a weapon to take territory. They’ve made $100 million in ransom money over the last few years. And we in the west wonder why they do it.

Because Australia has adopted strict anti-terror laws. Because New Zealand is adopting some. Because the United States today revealed a bunch of new ‘cyber terrorism’ laws that create criminals of people who happen to be in the same IRC channel as a ‘hacker’. Terrorism has made our ‘free’ existence less free. And it’s created fear. The murder of the Charlie Hebdo staff is appalling. And it will just add another little piece of concern to this spreading menace: the siege in Sydney and the gunman in Canada help spread that fear, “my god, they can reach us here” (despite being committed by ‘radicalised’ individuals with no proven ties to any major groups).

So now we catch planes while side-eyeing that brown guy who looks like he might be Muslim. Now we know to leave for the airport that much earlier because the hold-ups will be long. Now we lose our nail clippers because we forgot to pack them in our check-in luggage. Now we accept that our online communications are probably being stored and read by someone. Now we can be arrested and held without charge for a period of time because of terror laws. Now warrantless searches are allowed. Now we accept the CCTV cameras every where around the city, on the motorways. Auckland Transport is adopting facial recognition software, there was a brief flurry of concern, but not much.

And the people who do speak out loudly in concern, they’re dismissed as being nuts and cranks.

We acquiesce to all of this pretty much with a shrug , but try to suggest that one way to beat the speed cameras is to keep to the limit and it’s all on. Unbe-fecking-lieveable

Is it much more insecure or is it just that our American colleagues are affected and they don’t do subtle?

I can remember not being allowed to go to Birmingham as a kid one Christmas in the 80’s cos the IRA had bombed it in 1974 (best part of 10 years before), I spent most of the late 80’s checking under my car and not proudly wearing my uniform because of a far more professional and likely threat and ask any Spaniard whether the Basque region was safer before or after 9/11.

That’s at one level, I was also pretty certain that I’d be disappearing in a flash before getting my third stripe. The strategic plan was a bit shit and we, in 4th Armoured Div, had a 40 minute life expectancy when the 3rd Shock Army crossed the IGB. Apparently the pile of ashes we left behind would slow down the tanks long enough for 1st and 3rd Armoured to form a defensive line on the Weser and the Dutch and Belgians to wander back from a weekend away.

But, and its a big but, we got on with life. Yes, they took the bins away from stations in London but we didn’t get all existential and march hands-linked across Paris. The terrorists only have to get lucky once, the security service has to be lucky overtime. They are going to get through so the important thing is not to cave in and accept ridiculous restrictions. living with terrorism, post 9/11 is still safer than crossing the road or using power tools.

[…] getting worse. We can’t keep relying on John Campbell to save us. I’ve also written the verbal equivalent of conspiracy wank on how Governments seem to be allowing the terrorists to win but still we do […]