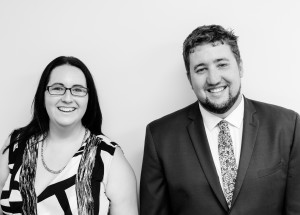 Look at us. We’re adorable.

Hi friends, it’s been a while. Last time I wrote I was all excited about starting my new job at the Greens as the head of Communications and Policy. “My dream job” I called it. Well it seems that dreams don’t last long, because 6 months later I’ve left and I’ve started a business with the magnificent Lou Draper.

I’ve always wanted to be my own boss, it’s something I’ve dreamed about for years. I think a lot of people dream that don’t they? Not being beholden to someone, working the hours you want to work, etc. So I jumped off the cliff and did it.

It all started last year in August. Lou’s second child came down with viral meningitis. As a self-employed PR specialist, Lou needed to take time out to look after her tiny 5-week old son. I was about to start working in Parliament but had some time before that happened. In need of someone to look after her clients, Lou asked me to step in.

Apparently I did a good job because Lou was really keen on me joining her in creating a reputation management firm, but sorry. Dream job ahoy!

So I’m working at the Greens and the whole time I can’t shake the idea that being my own boss would be awesome. And that Lou had made me a really good offer.

A few months later and Lou and I caught up over coffee (Wellington dahling), we started talking about what a new business could look like. Lou put another offer down that presented me with the opportunity to be my own boss, reduced a lot of the risk and had really low overheads. I would have been an idiot to say no.

And so the Draper Cormack Group was born (it helps that Lou’s surname is Draper. People dig that Mad Men show right?).

For those that have started their own business you’ll know the fear I’m about to talk about. You’re on your own kid. It’s up to you now, succeed or fail, it’s you. And this time there are serious repercussions if you fail. Like not paying your mortgage.

So failure is not an option.

We’ve spent the last few weeks setting up the website (http://drapercormack.nz if you’re interested) and emailing pretty much everyone to tell them of our new reputation management firm. We’ve booked some work, made some cool connections and I sure as hell have drunk a lot of coffee.

I toyed with the idea of taking the Ruminator back off Oliver but decided that my time as the acerbic lead of this blog had been and gone. I might pop back with the odd post and I’ll be reviewing the Comedy Festival that’s coming up but this isn’t my baby anymore. Besides, I’ve worked inside the machine now. I don’t think I could write fairly about it. I’d be too informed. It’s far easier to be angry and opinionated when you don’t understand properly.

So my friends, this has been a self indulgent post, but it’s just something I wanted to get down, get the old writing muscles working again because I’m going to be writing a blog of sorts for the Draper Cormack Group and sending it out on a beautiful Mailchimp template (you can sign up for that here). It won’t be as angry or as filled with polemic as my old posts, but hopefully it can retain some of the humour (I’m funny right?).

Side note: I’ve never used LinkedIn as much as I have over the last few weeks. If you want to “connect” then please do. I’m still not wholly sure what comes of it, but my profile photo is uber professional.

Why did you leave the Greens though? That’s what this post was supposed to explain.