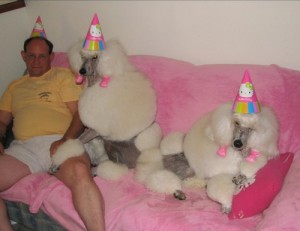 Why no I don’t come here often.

When it’s 2am and the only people left at a party are the ones you’re not entirely comfortable talking to, conversation often lurches around trying to find common ground. Something you can all relate to. One such topic is “what’s the greatest song of all time?”

The usual suspects crop up again and again. Queen’s Bohemian Rhapsody (yawn). John Lennon’s Imagine (pretentious yawn). And my least favourite: Led Zeppelin’s Stairway to Heaven. Jesus. Is there a more turgid song? It’s the melodic equivalent of a teenage boy’s cry wank as he gets rejected by the girl he’s lusted after since he was 13.

To my mind there is another song out there that is better. A song that musically, lyrically and thematically surpasses any song before or since. And that song is Haddaway’s “What is Love”.

On the surface you may just discount this song as another in a long chain of awesome 90s dance songs. Songs like Culture Beat’s Mr Vain or Snap!’s Rhythm is a Dancer. But Haddaway goes beyond them all to attain greatness.

A truly great song has four key components, plus a fifth optional component:

Let’s break this down category by category.

Despite being limited in instruments, What is Love has an incredibly catchy melody. “What is love? De do de do de do de do” We all know that melody. It takes a moment to learn, but a lifetime to perfect. It breaks down melodic barriers that had otherwise gone unmolested. Then just as you think you’ve nailed it BAM! In comes the female vocalist with her her “wooh wooh wooh wooh waah weeeh waah” and we as the listener, are confronted with an extra layer of complexity.

Have you been anywhere where What is Love has broken out? It’s an instant party. This song is like party-in-a-can. You could be at a funeral for your great-grandma and this song could inappropriately play as someone’s ring tone and then fucking BOOM! There’d be dancing in the aisles. You just can’t help yourself but be moved by this song. It owns you. And your soul.

Note to self: make this my ring-tone.

This is where What is Love possibly falls down. It was a pioneer in the Eurodance scene. However it cannot claim to be a first. We’ll give it points for being an early example, but it’s not a leader.

How good are the lyrics?

Here What is Love? really comes into its own. The questions this song asks go right to the core of humanity.

speaks to a question man has been asking for years. What exactly is love? How do we define it? Usually if we’re in it, we know it. But outside looking in, what do we really know about this thing called love? Haddaway doesn’t really try to answer. He’s not that sort of philosopher. Instead he moves onto another theme. Domestic abuse.

Here Haddaway is trying to tell victims of abuse that they can stand up for themselves. That being hurt by your loved one means it’s not proper love. So in some ways he is attempting to answer the question he raises above.

The next two lines are a continuation of the above. Though not focused on abuse, they look at emotional abandonment. Trying to give the listener the courage to act.

Oh, I don’t know why you’re not there

I give you my love, but you don’t care

The next verse starts dealing with some serious morality issues:

So what is right and what is wrong

Georg Hegel wrote a philosophical treatise on this very issue. Haddaway asks the same questions but doesn’t presuppose to know the answer. He asks of us, the listener, what do we see as right and wrong? And then admits that he doesn’t know, and that he needs a sign from somewhere. He leaves it to the listener to interpret if this teacher is a God-like figure, or just an outside source to guide his morality. It takes maturity to admit your lack of knowledge.

The next verse starts getting into the existentialist concept of the individual;

What else can I say, it’s up to you

I know we’re one, just me and you

Here the author is saying we are all one collective. And that he can’t go on as an individual. But that together we stand strong. And that without this unity, he cannot go on as just one man. Deep.

The final verse asks specific questions around this relationship:

I want no other, no other lover

This is your life, our time

When we are together, I need you forever

Here Haddaway almost contradictorily commits himself to the concept of the individual. He is a monogamous man, ready to make some man or woman very lucky. He is giving his entire life over to them. That’s romantic.

The opening to the video clip sees Haddaway reform a mannequin and ask it What is love? recognising that no human can answer this question, and that it’s one we must look deep within ourselves to ask. 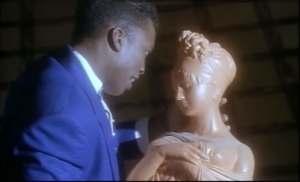 WHAT IS LOVE DAMMIT?

We quickly ascertain that this video clip is also a protest against discrimination as well as abuse. The greatest devil the world has ever known is the white male. And not a single one is in this video clip.

For the white statues that Haddaway runs past, showing them that he can leave them behind. He doesn’t need them. He is his own man, and his race doesn’t matter. 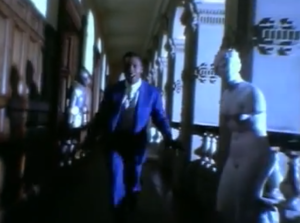 You will not take my freedom white devil!

Then a woman dressed as a vampire is shown running in reverse. This speaks to two messages. Number one that women can dress how they want and who are we to slut shame them? And number two, that the way in which we treat women in their life is backwards and we make them run and run and run for no gain. So you can add feminism to Haddaway’s progressive attitudes. 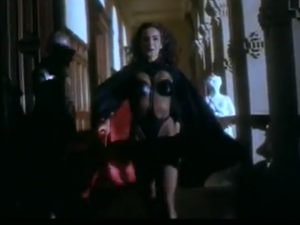 I am woman! Hear me roar!

Then that same vampiress is shown to be in control of Haddaway, thus reaffirming his stance on feminism. That women can be bosses too – and she’s going to suck his life blood. Because women are powerful blood suckers. 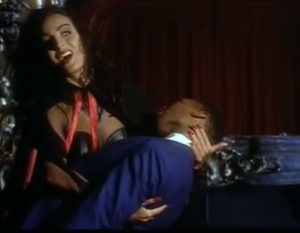 The final image I want to draw your attention to is this shot of Haddaway dancing in front of a mirror. Behind him you can see a cello. Reminding us that even though this music is all synthesised, we must never forget our roots, and our heritage. 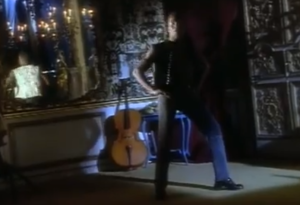 Kids don’t forget where you came from.

It is this combination of music, lyrics, memorability and civil-rights-facing video clip that make this song the greatest song of all. No other piece of music, nay, art, has come close to truly capturing the heart.