The Last of Us (p)review 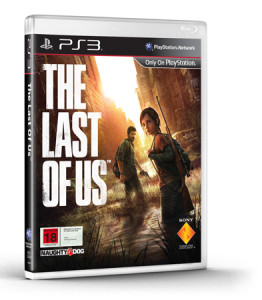 I had the chance to have a 30 minute play through of the soon-to-be-blockbuster title The Last of Us for Playstation 3 ahead of its world-wide release and I was blown away. The title is a PS3 exclusive and will probably be one of the four of the last huge budget titles for the system before the launch of the next-gen systems (the others being GTA5, Gran Turismo 6 and Beyond).

The post apocalyptic zombie survival title is big on gritty realism, suspense and pant-shitting tension. You take the role of Joel and are charged with the safety of Ellie, a young girl who follows you through around like a little lost pup. The visuals are pretty great, as you would expect from a PS3 title this late in the system’s life. Developers are only now pushing the hardware to its limits and it’s as impressive as any third person shooter/adventure out there. While I did notice the environments being very rigid and non-destructive I was struck by the reflective details on surfaces. The facial detail and animation are impressive. But enough of the nerd chat.

The Last of Us is R18 for a reason – what I played through were moments of problem solving and creeping through overgrown city environments followed by intense gore as waves of zombies come at you, bro. Armed with very limited amounts of ammo and tools such as a drain-pipe with scissors fixed to the top (groovy), the satisfaction of laying out the infected cannot be overstated. The soundtrack has been kept minimalist and the squelching bloody sound effects intense to maintain maximum horror moments. I was immediately impressed by the authentic, hilarious and brutal script and the superb voice acting of the characters.

I haven’t been this scared by a game since I played Resident Evil 2, and I was 10 years old at the time.  I didn’t get enough time to delve into the storyline but I have been told the realism achieved by developers Naughty Dog (of Uncharted and Crash Bandicoot fame) extends to basing the zombie virus on an actual pathogen – cordyceps, which just does more to build this nightmare future reality in your head. It’s got shades of Uncharted, Half Life 2 and any good zombie title for inspiration.

The lack of an on-screen display for weapons/ammo and  addition of weight playing a part of your running speed plus the sparse ammo available means you’ll be weighing up every decision you make before encountering the next wave of horrifying foes.

I am VERY much looking forward to this title and if you’re a PS3 owner it looks like it’ll be a must buy. Multiplayer is in the mix so replayability will be guaranteed after you’ve had a heart attack clocking the game.