The media, they’re our friends 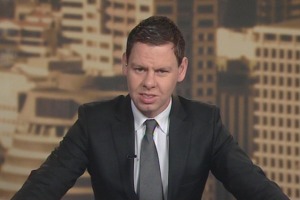 This man is not here to please you

Hello New Zealand, you seem a touch angry. We at the Ruminator tried to cheer you up by reminding you that New Zealand is pretty amazing but it seems we’re not as influential as we’d hoped and you’re still angry.

But the media, oh the media. They’ve come in for some serious bashing. And it’s probably not fashionable for a “blogster” (h/t John Key) to defend them, but goddamn it they do a hard job and they by and large do it well.

Much like in your job, whatever it is, be it fixing sewage pipes, CEO-ing some kind of Fortune 500 Company or being a public servant, there are people who are better at their job than others. And this is also true of the media. So stop expecting all of them to be perfect. And especially stop expecting them to report things that favour your biases. Because that seems to be what you want.

When the media reports that David Cunliffe did something dumb, people leap to their keyboards and vomit up on to screens OH MY GOD THE MEDIA IS IN THE POCKET OF JOHN KEY AND THE ILLUMINATIIIIIIIIII, or if they report that Cameron Slater has awful connections with the National Party then it’s OH MY GOD WHY AREN’T YOU REPORTING THAT LABOUR ALSO DEAL WITH CAMERON SLATER (which is fascinating when there’s a consensus that dealing with Cameron Slater is a bad thing)(even DPF has done a post having a crack at Labour for dealing with Cam).

Simon Wilson wrote an absolutely fantastic editorial for Metro defending journalists’ rights to use awful people for sources, and preserving their anonymity. I’m not going to add to that debate, I just want to say that what the media does is try to get stories. Facts. Information. They want NEWS. And if that news doesn’t marry up with your world view well then maybe you should take the opportunity to reflect on your world view and see if it requires amending. Because we only learn from knowledge presented to us. Don’t suffer the backfire effect and further entrench your position. Read each piece with an open mind. That’s not to say the media are beyond reproach, because they sure as hell aren’t. They’re flawed human beings like each of us. And they’ll fuck up. But they don’t set out to fuck up. So don’t forget that. Critique the pieces for factual inaccuracy, and maybe slant.

But if I hear the argument once more that Patrick Gower is biased because he “engineered” the failed coup by David Cunliffe over David Shearer then I’m going to go out and buy a tamagotchi and do nothing but discipline it. Because Paddy also slobbered his way around the Oravida offices exposing the ties between John Key and Stone Shi. Paddy ain’t biased. He’s just an excitable wee jack russell of a journalist.

I have spoken to a few journalists who have said they’re considering getting off twitter because people are just fucking mean to them. And that would be really disappointing. Twitter is an awesome medium for journalists to use – though sometimes nuance can be lost due to that 140 character limit.

So come on New Zealand, don’t be dicks. Don’t be awful to the political media, because they’re trying the best they goddamn can in an environment that doesn’t naturally lend itself to transparency.

And if this defence of the dreaded MSM means I have to resign from the Evil Bloggers Club then I’ll happily burn my card.

Audience Interaction! Interact from the audience.

Part of it comes down to this:

Journos get less time to write their stories than they used to (“efficiency”). The PR industry has grown massively in the last two decades. The spin doctors write the stories, and the journos have a ready-made way to meet deadlines, which is why Cameron Slater calls them “repeaters”. Some of these spin doctors are particularly nasty and unethical, and they should be exposed and marginalised – which is what the “Dirty Politics” saga should be about.

On the subject of bias – obviously right-wing people are going to have more money to throw at PR companies – which is inevitably going to lead to a right-wing bias – and a proliferation of ready-made “gotcha-stories” produced by multi-million dollar right wing research groups staffed by a multitude of minions tirelessly pursuing angles of spin designed to embarrass left-wing politicians. See the The Donghua Liu Affair as a classic case-study example. http://thedailyblog.co.nz/2014/06/27/the-donghua-liu-affair-the-impending-final-act-and-curtain-fall-in-this-smear-campaign/

Martyn is going to be SO mad that you linked to his site from mine.

The media are not always our friends. Read the comments on the media in Dirty Politics. We were let down, largely because of a lack of investigative journalism, cutting back on reporters and such like. But there are some journalists who don’t want to know as well.

This election reporting jumps between puff pieces on politicians (mostly promoting Key) and hard questioning. But the later is so rare that Espiner questioning Key on Morning Report got lots of people excited as finally some real interviewing. Really interviews like that should be so commonplace that they are almost boring.

“Don’t be awful to the political media, because they’re trying the best they goddamn can in an environment that doesn’t naturally lend itself to transparency.”

Bollocks. Some do, others have been playing the game of easy story in exchange for helping protect the status quo, and you can tell who they are because they are the ones who are furiously arguing on our air and in our papers that Hager’s book is stuff that everyone knew already (with the possible exception of, you know, the public) and anyway the left is just as bad so shut up.

These people don’t deserve your respect. Help the good ones by shaming the bad ones. Oh, and fuck politeness.

Of course John Campbell could not be included in this group, just to show my bias

Oh dear lord Raymond. All that comment showed was that you know very little about the man’s political persuasions – Corngate anyone!?

Except the people on the right wing blogs who claim media bias are usually the ones that think John Key is a socialist. We’re talking the Redbaiters of the world.

There is a definite bias to the right in the media. So much of what we now accept economically and politically is to the right – neo-liberalism, privatisation, deregulation, globalisation and environmental vandalism, etc. that in reflecting the present “received opinion”, we really don’t get a proper examination of the many alternatives. Add that the media are reliant on commercial advertising and sponsorship, how would you really expect anything different. For instance, in many tens of thousands of hours of peak hour broadcasting in NZ there’s never been an examination of global warming, but when about one third of total advertising revenue at peak hours is related to car and car related advertising, why would it be different? Additionally look to the failure of the MSM overseas in regard to the Iraq war, and now in Ukraine. We are all imprisoned by a way of seeing the world that is seriously blinkered, and the MSM is no different, they are for the most part a biased and corrupting influence on rational discourse.