The top ten things that annoy me 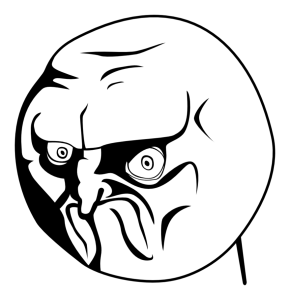 No. Let’s not be friends.

I’m an opinionated man. Anyone who knows me personally will tell you that I have an opinion on everything. Everything. I’m also fairly political so I’m the worst kind of person to get stuck talking to at a party. I’m pretty left wing, so this Government is usually always wrong, but Labour have been a disappointment, they’re wrong. The Greens? I quite like some of their policies but I’m not convinced that they’ve gotten rid of all the pseudo-science crazies from their rank and file yet. Also, crikey their policies seem anti-business.

Then you’ve got the minor parties. John Banks isn’t actually a libertarian like ACT is supposed to be. Peter Dunne clearly isn’t as sensible as he used to be. I’m not even sure what the Maori Party stand for and Mana seem awesomely bat-shit.

So what I’m trying to say is that people disagreeing with me politically is not one of my top ten hated things. Because, politically, you can believe whatever you want and still be a nice person (except if you’re one of those people who “Liked” the Pakeha party. Come on. Grow up). Some of my best friends vote ACT.

They don’t, but I just wanted to use that line.

But here then, is my top 10 list of life’s little annoyances:

10. That song “Absolutely Everybody” got written, made, listened to and became popular.

What on Earth were you people thinking? There had to be enough of you out there who liked this song that it got played on the radio all of the time. It is by far and away the worst piece of music ever. Whenever I hear this song I am overtaken by the urge to punch the nearest person in the face out of hatred. But that would be assault and it’s possibly not their fault that this song exists. Unless I happened to be next to Vanessa Amorisi, but even then I wouldn’t because who punches people in the face?

9. People that punch people in the face 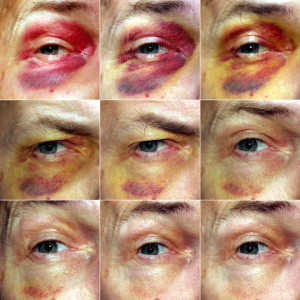 And if you touch my peas I’ll give you another Black Eye.

How have we gotten to this stage of our existence and violence still exists? And it exists as a solution to problems. I’m really using “punch in the face” as a metaphor for all manner of violence, ranging from punching someone in the face to nation on nation warfare. We are smarter than this. We’ve made little tiny computers that we can play Candy Crush on a bus and annoy our friends over the other side of world with live requests in an instant and yet we’re still relying on hurting and killing as an answer to questions that are tricky. Imagine if we behaved like that for everything, you’re in a maths exam at high school, you get to a question that you just can’t work out no matter what. So you flip your desk, stab the teacher in the neck with your pen and throw your chair out the window. Unacceptable behaviour. So what makes you think you can do this on a grander scale? Syria, I’m looking at you. Stop stabbing your own people in the neck with pens.

8. Trailers that tell the whole goddamn story of the film in 2 minutes

So there was that video that got bandied around the internet recently with Dustin Hoffman crying because he realised that “hey it sucks to be a woman sometimes/most of the time” and the internet went “awww isn’t Dustin Hoffman a sensitive man and we like him more”. If you haven’t seen it, go watch it. He’s talking about Tootsie. A role where he famously dressed as a woman and became a star (it’s Mrs Doubtfire without Robin Williams being Robin Williamsy). Anyway it made me interested in Tootsie as I hadn’t seen it. So I went to YouTube to watch the trailer.

I watched that and went “What the hell? I know nothing about that movie other than Dustin Hoffman can’t get work because of a raft of reasons so he dresses as a woman and becomes a star. And then I realised that I was confused because this trailer didn’t give the game away. I had no idea what happened in the movie. And this was a good thing. But I was still disappointed. I WANT MY MOVIES SPOONFED TO ME IN TRAILER FORM THEN HAVE THAT TRAILER CONFIRMED BY THE MOVIE. Compare that trailer to this tralier:

Steve Carrell is a jerk to his stepson, they go away, stepson works at a waterpark, meets people who accept him for him, finds a girl that in real life wouldn’t look twice at him (hey where’s the film where the ugly girl gets the amazing guy? Yeah that doesn’t happen does it), they get together and he stands up to his jerky Steve Carrell stepdad. WE HAVE SEEN ALL OF THIS IN THE TRAILER. What’s left in the film? Why would I now waste my money on seeing this film when I’ve already seen it. It’s not like you film guys are losing enough money to people who watch stuff via the internet. Now you’re just not even trying. 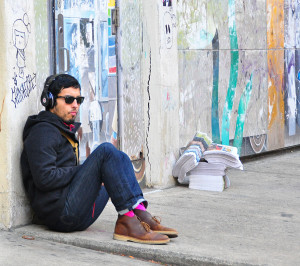 I love Pink Floyd. I remember being an angsty 17 year old and discovering the Wall. A double album about angst! What an eye opener that was. So like any person who discovers a new band I went and listened to their other stuff. And there’s quite a lot of it too. So I sought out other like-minded individuals so we could talk about the awesome that is Pink Floyd. And this is where I ran into a problem. People who love Pink Floyd are invariably dickheads. Musical wankers. They think that because they like Pink Floyd, their musical intelligence is somehow higher and better than someone who’s into other music. Any other music. But then not just content with being wankers to non-Pink Floyd fans, they try and out-wank one another by claiming their favourite Pink Floyd album is the most obscure one there is. Which is hard to find. Except that Pink Floyd has a finite body of work. So everyone has access to all of their work. You dicks. So let’s just say that Dark Side of the Moon was easily their best album and move on.

This one stumps me. You have a word – literally – and it has a meaning. But a lot of language construct is made up with metaphors. So you should only use literally when you actually mean literally. Because otherwise you’re talking in metaphors and it’s not literal. Got it? Probably not. That was confusing. Here’s an example:
A girl I knew was going on a round the world trip and she was really excited. “The world” she said “is literally my oyster”. In this unique situation she has said “literally” but in fact meant the complete and utter opposite: “metaphorically”. Much like someone who saw a scary movie and was “literally crapping their pants”. Unless they really did defecate, then they metaphorically crapped their pants. Which is again the opposite. I also hate the way some people pronounce it. “Litrally”. No, you missed a syllable. I’m sure in the venn diagramme of people who mis-use and mis-pronounce there is a lot of shared space.

5. Really long columns that just spout some guy’s opinion on something and you’re only half-way through.

I’m not sure if this one is safe to fart.

I don’t know what it is about Renee Zellweger but she annoys me. It’s as though she has the same pained “I’m ever so slightly constipated” look on her face in every scene of every film she’s in. She doesn’t act, so much as not do poos on screen.

As a consequence I lose my suspension of disbelief and just sit there staring at her face going “just eat some fibre, or something; it will ease it right out of you.” This is problematic if she’s trying to convey emotion or seriousness. I can’t even begin to imagine what Cold Mountain was about if she won an Academy Award for it. I just assume it’s someone in a cabin in the mountain where there’s no out-house so they have no choice but to hold it in.

3. People who use toilet as a verb.

I’ll keep it brief. Don’t you ever say to me “I need to go toilet”. You cannot go toilet. A toilet is somewhere you go to. You go to the toilet. You don’t go “do” a toilet. I’m not even going to get into what you do do in there (Ha! Do-do! See what I did there?), but what it isn’t, is “toiletting.”

2. Drivers who don’t acknowledge you when you do a good thing or when they do a bad thing 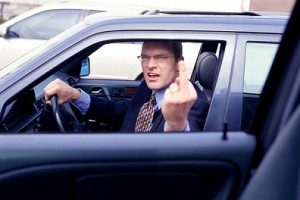 This guy posed for this stock photo and that makes me happy.

I get really furious if I let someone in to a traffic queue, or I give way to someone coming down a hill when their lane is blocked, or even just slowing down to let someone change langes and they don’t thank me. I’m not looking for any kind of worship, just a friendly wave would suffice. It’s not difficult to do and it’s common courtesy. It makes me less inclined to want to shoot fireworks out of my car at you. Which I would never do of course because you can only buy fireworks for about three days a year and even then they only sell shit ones.

The other people who annoy me on the road are the ones who react badly when they do something dumb and you toot the horn. If you cut me off or do something dangerous I am going to toot the horn. That is precisely what the horn is for. It says “Look out! Here I am!”. But when I do this, instead of a friendly wave to signify “sorry, you’re right, I did make a mistake”. More often than not I’m greeted with the middle finger. They are actually saying “fuck you” to me. It’s not enough that they’ve driven like jerks, now they have to actually be jerks. What’s the hell guys? And when I say guys I largely mean guys, because it’s men who are the bigger jerks on the road isn’t it? Yeah, that brings me nicely to my number 1. 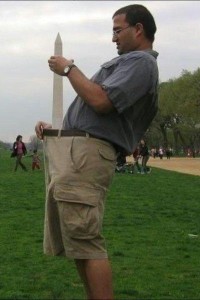 Remember ladies, know your place. I am male. I know best.

We are without a doubt the worst thing ever. We take up most positions of power, but we misuse and abuse it. We bully, we abuse, we belittle women. We are just the worst. We enforce stereotypes upon women that they should dress pretty for us, and that this is what they amount to: A visual feast upon which we devour. We refuse to understand how what we are doing is wrong and we hold on to power for grim death.

We furnish this world with our own marker on it, at a base level everything is phallic. Buildings, power poles, landmarks to god. They are all penis shaped. About the only thing I can think of that even bears any resemblance to a vagina is a canoe. But that’s tenuous. We have it so good, and yet we treat others so bad. If we’re going to rule with such a misguided iron fist then I think it’s time we handed on the sceptre. Thanks world, we gave it a crack but we fucked it up. We repressed races, genders and other creatures. We caused wars for no reason and we’re destroying the planet with our industry. We basically live our life as one giant pissing contest. So now let’s just let it go. Move on. Accept it. We screwed the pooch on this one. Hillary 2016. That is all.