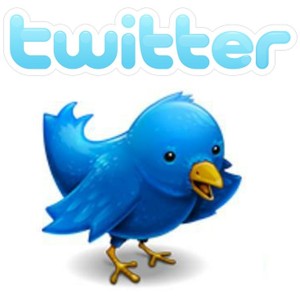 I admit, I was a little slow getting to Twitter. I’m no innovator, nor an early adopter. I looked at Twitter and saw another vehicle for narcissists to tell us all dreary details of their mundane lives… and in some ways I was right. There’s a preponderance of narcissistic tweeters.

I was happy steering clear, until someone pointed out how I could use Twitter to make my life easier. “I haven’t searched for a news article online for six months” he explained. “I see the articles that interest me almost as soon as they’re published.” This approach made sense to me. I had been looking for a better way to access news for a while, and Twitter gave me the answer.

From then on, I was hooked. I checked my twitter feed constantly, embracing the ready stream of information, the free flow of facts. I marvelled at the access it provided to the world. But over time, I realised that not everyone used Twitter as I did. Unfortunately, Twitter has provided a megaphone for people who really shouldn’t be speaking in public.

In the offensive (and really, really dumb) camp are the White Power enthusiasts. Your standard white supremacist is a fan of the Neo-nazi avatar and comes up with crackers like “I do not think it’s fair that Jews’ skin is pale .. they should share the mark of the beast & be black” (This lovely lady protected her tweets after being called out by @YesYoureRacist – worth a follow if like being infuriated by stooped racists). Other common themes among the white power crowd include a love of guns, distrust of the media, and a hatred of science (particularly when it comes to evolution, which really messes with their concept of race).

And if I can trouble you to take a walk down the Heritage Foundation road, the leading conservative think-tank who just released a report claiming that Hispanics will always be less intelligent than whites, you’ll come to the Twitter tribe who likes to identify themselves by the hashtag: #tcot (top conservatives on Twitter).

This crowd come up with crackers like: “Sodomy based homosexual so called “marriage” has come to France! God…you know what to do! #tcot” and “BECK’S BOMBSHELL: Obama Is Hiding Third Boston Marathon Terrorist, Plans To Sneak Him Out Of Country http://bit.ly/10usPbv  #tcot #resist44” and this fantastic example of conservative buzzword bingo: “Why Krugman and the Keynesians Are Lackeys for the Neofeudal Debtocracy #tcot”.

This is also the home of @RealAlexJones, the founder of Infowars.com who most recently wondered out loud whether the tornado in Oklahoma was a “false flag” operation by the government.

On a “at least we couldn’t expect them to know any better” note, teenagers have become hostages to fortune – before social media, teenagers said stupid things, which were soon lost in the haze of adolescence. Now that we have Twitter, those outbursts are both amplified and retained, where we can both hear about them, and go back to review them at our leisure. In the UK, Paris Brown, who briefly served as Kent police’s youth crime commissioner, resigned her position after the press got wind of her Twitter feed (Kent police hadn’t bothered to check it). Poor Paris’ tweets were littered with violent, racist and homophobic bon mots, perhaps best summarised by a surprisingly self aware: “im either really fun, friendly and inclusive when im drunk or im an anti social, racist, sexist, embarrassing a****** often it’s the latter.”

But the worst of the worst teenage Tweeters are Justin Bieber’s fanatical fanbase. For a start, they have terrible taste in music, but that can be forgiven – at least it isn’t Nickleback. The problem with beliebers is that they 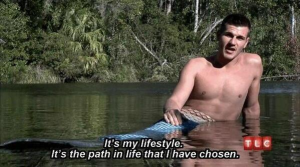 This is more topless male than I had expected in this post.

Then I saw her face…now I’m a Belieber

Do you belieb in life after love?

This woman is too old to be a belieber. She has no excuse.

And then there’s the most pervasive and annoying side-effect of Twitter. Hashtags. They started off as a nice way to denote messages as relevant to particular groups. They have become an abomination. The issue comes down to two things – platform creep and overuse. First we started seeing them making appearances on Facebook, and then we started seeing entire twitter, Instagram and Facebook posts comprised of hashtags.

Here’s the first image result of a Google search for “too many hashtags”. 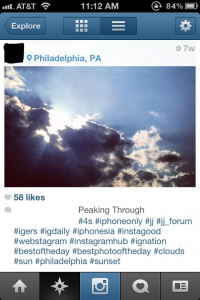 It’s got so bad, that one of the presenters in this year’s Eurovision started talking in hashtags.

Wrong on so many levels. But I guess that’s Eurovision. Thanks for adding to the madness Twitter – thanks a bunch

If you’re seeing stuff on Twitter that you don’t want to see then it almost seems like you’re deliberately seeking out stuff which makes you angry, which I’m pretty sure is masochism.

I do it for the same reason I watch FOX News. I like to know what it feels like to be a crazy person who can’t work out why all the news is biased and unhinged. Sometimes I’ll even yell at the TV.

Catharsis comes in many forms.

One thing this doesn’t particularly cover, and which I’ve never seen anywhere, is all the character or non-personal accounts where the tweets exist solely for entertainment purposes. That’s one thing I absolutely love about Twitter, which I’ve never really seen anyone write about.

I guess @Horse_ebooks is probably The One – a spam bot that spits out semi-random oddities, followed by ~180,000 people.

Then there’s the (presumably human-tweeted) Evil Horse Ebooks, and zillions of accounts that solely tweet jokes, maybe based around a character (Wolf Puppy?) or not (the incredibly dark Daniel Manitou).

Then there’s the episode summaries of fictional TV shows, like Modern Seinfeld or Celebrity Dubstep Island (I think that’s what it was, it’s faded…)
And the one that is just every word in a dictionary one tweet at a time.
The one that posts Eno’s Oblique Strategies.

I just want to say… that I am pretty sure that woman in the last point is his mum.