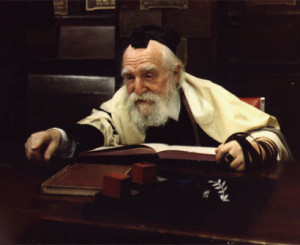 Where’s your God now? (just be relieved this isn’t a picture of my foreskin)

I’m of Jewish heritage but I’m not a very good Jew. I eat bacon. Never had a bar mitzvah and I’ve got a foreskin. That’s a terrible way to begin a post, with a reference to my genitals.

Anyway, I’ve absorbed some historical “legends” about Judaism and a conversation with my wife this morning reminded me that the Jewish God – or Yahweh as (s)he’s now known – was a massive asshole. But an asshole in a way that makes him (her) more believable and palatable to me. A flawed god. I could get behind that; not this namby pamby Christian God who’s “all knowing, all powerful and all good”. My God doesn’t create a paradox as soon as there’s some horrible thing that happens to an innocent child.

So here’s my recollection of a few Jewish stories for your own education. I can’t speak to the veracity of them, I’m telling them strictly as I remember them. For the full Jewish experience I recommend playing this in the background as you read.

As far as I can recall, Moses was born to some Jews in Egypt. But the Egyptians were kind of dicks to the Jews and they were all killing them and stuff. Anyway, to preserve Moses’ life, his mother put him in a basket and sent him down the river. Because that’s how you save someone’s life.

So Moses is in his basket, just heading down the river when he gets found by the Pharaoh’s wife, and she’s all “ooh look! River Baby! Mine!” So she takes Moses home and raises him as a brother to the future Pharaoh. They hang out, do some Egyptian stuff together (build pyramids?) and then become adults. While being an adult, Moses hears a bush talking to him, telling him you  are a JEW. And you have to lead the JEWS to safety. Because the Egyptians are ASSHOLES. But firstly I’m gonna KILL YOU unless you get your son circumcised. Because God was a dick like that.

So Moses lops a piece of his son’s willy off and goes back to his brother, who’s now the Pharaoh, and he sings “Let my people go!”. And the Pharaoh is all “What? You cray cray Moses, those Jews, they’re the backbone of our economy. Why would I let them go?” and Moses says “if you don’t…my god there’ll be terrible things. Like locusts.” However the Pharaoh remained unconvinced. And then … locusts. 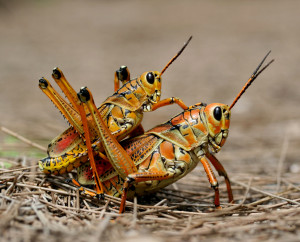 I’m pretty sure there were other plagues. Like toads? Maybe? And the Nile ran red like blood? I’m not entirely certain. Anyway the Pharaoh is starting to stress but he’s still not giving up. Then Moses delivers his coup de grace, he says “if you don’t let my people go, a curse! A curse! It will come through Egypt and kill all the first born sons.” And it did. So Egypt starts freaking the fuck out. They’re getting rid of their Jewish slaves. And then the Pharaoh realises that he’s  the first born. Oooooh sheeeeeit. So he begrudgingly lets the Jews go.

So the Jews leave. Then the Pharaoh goes “Nah uh!” and chases after them. Then we get to the Red Sea part that most people know. Moses does some parting of the sea, drowns a bunch of Egyptians, then the Jews spend forty fucking years wandering the Desert looking for Israel. 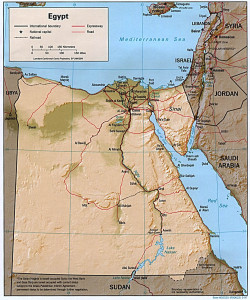 THEY’RE RIGHT NEXT TO EACH OTHER

Abraham right, he’s a dude. He’s got a family, a farm and a house and then one day God says to Abraham, he says to him, “Yo Abraham, you gon’ leave all your nice set-up, your comfy house and your lovely family and you’re going to leave Mesopotamia and go to Canann. And when you get there I’m gon’ give you a new family, a new house and a new farm. And Abraham’s all like “yeah that sounds great to me. Fuck these guys, I was getting sick of them anyway.” So he leaves.

And then he gets a new family. And has a son. A son called Ishmael. And gets a new wife, a wife called Sarah. Ishmael isn’t Sarah’s son though. I dunno? Abraham got around. Anyway, the dude’s about 100 years old at this stage and the randy bugger manages to get Sarah up the duff. She gives birth to another son call Isaac. But then Ishmael, who’s a teenager and a bit of a dick himself teases Isaac. SO GOD TELLS ABRAHAM TO KICK HIS SON OUT. Full on. Just get out Ishmael. And Abraham does!

Then Abraham’s left with Isaac. But God’s not done. He looks at Isaac, looks at Abraham, looks at Isaac and back to Abraham. And he says to Abraham, “hey you know what would be cool? Yeah it would be cool if you totally sacrificed your son to me. Just straight up murder him. You know, the only son that you’re left with coz I made you kick your other one out? Yeah that one. Kill him.”

So Abraham takes Isaac up a mountain and he’s all about to kill him because God told him to when suddenly God goes “Yo Abraham. What the fuck are you doing man? You don’t really kill your son. Jesus, you some kind of psycho.” So Abraham killed a sheep instead. Because y’know. Something had to die.

And God said unto thee “PSYCH”

This is hands-down the best example of how Jewish God was an astronomical cock. He and the devil are having a beer one day and they’re looking down on humanity. God says to the devil “See those people? Yeah they love me. They think I am so awesome. That one loves me, and that one loves me, oh and see Job there. Yeah with his wife, and his daughters, and his sons, and his nice house. Fuck man, that guy loves me so much.”

And the devil says to God “yeah he only loves you coz you gave him all that nice stuff. I bet he wouldn’t love you if he had none of it.” And God says “CHALLENGE ACCEPTED”. So just like that he kills Job’s kids and makes him poor. And still Job loves God (actually for the purposes of this bet, Job had to curse God. Then the devil would win).

So then God makes boils show up all over Job. Because that’s clearly the next step after wiping out your family. And yet he doesn’t curse God. Then Job’s wife? Yeah Boom. Gone. Dead. Does Job curse God at this stage?

So God says “Hey Job, you’re alright man. Yeah you’re cool.” And gives him a new family. And house. And presumably skin. And then God just gives the middle finger to the Devil and says “fucking told you so.”

I like the one where God sends two bears to rip up 42 little children for making fun of Elisha’s bald head. Dude has serious anger management issues.

At 27 I’m reading the bible for the first time and was talking shit on Abraham for never telling people Sarah was his wife and this page had me CRYING.

Isn’t it strange, that God who is Purely Good, would order Abraham to Kill his innocent son, Isaac?
Would our loving Father, God, play a “Trick” like this on His loyal servant?
Could it be that God NEVER told Abraham to Sacrifice Isaac?

All of these questions are answered in this Teaching:
http://bibleofgod.org/did-god-tell-abraham-to-kill-isaac/

• The Common Understanding of this record
• Why is this “Test” Questionable?
• Did God Tempt Abraham?
• Burnt Offering vs. Sacrifice
• Satan’s Deception
• Not the first time Abraham Miscomprehended
• How old was Isaac?
• Other Important things to Note