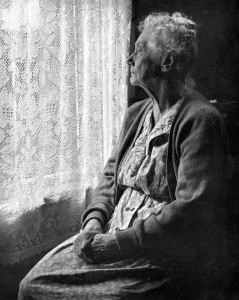 And as the life slowly ebbed from her body, Edith thought “I should have played more bejeweled in my life”

On Monday, 17 December 2013, I ended a six-year relationship. Well, I say ‘ended’, but we’re probably just going to be on a break for a while – it’s quite likely I’ll turn up on the doorstep, begging for forgiveness and asking to be taken back.

You probably saw this coming in spite of my amazing suspense-building prose, but I broke up with Facebook.

First, I absolutely promise you that I am not doing this in any judgemental ‘oh, Facebook is bad and I’m a better human than everyone who’s on it’ kind of way. I intend to write a short series of posts about how this change has affected my life, but it’s doubtless going to be filled with pros and cons and I’m certain the separation won’t be permanent – I deactivated my account, rather than deleting it. I know a lot of people do this for very similar reasons to mine, but I want to explore exactly what effect this has on my life in the ensuing days/weeks… months?

Please, please, comment below and give me a virtual slap up-side the head if I say anything that makes me sound like a sanctimonious (and mildly hysterical) reformed FB addict (read ‘asshole’). I know Facebook is a tool that can be used for good or evil, much like money. Or Photoshop.

Second, I must say that the irony of writing this in a blog post (essentially a long-form status update) is not lost on me. Nor is the fact that if anyone reads this, they’re likely to have linked to it through my ex. But I still get a sweet little hit, because I can see from the widget to the right of this article how many people ‘like’ this article. So ha.

I’m going to start this little exercise by outlining my reasons for it, in no particular order. And there are probably more that will occur to me retrospectively.

There have been many articles about the cultivation of online personas, and I was starting to dislike the online me. I have been feeling like a sad lurker around the edges of other people’s lives and it’s time to make some changes. Having said that, I’ve had no indication yet that anyone has noticed that I’ve gone, which is an interesting insight. I never posted a Facebook update to say ‘I’m off’, or ‘it’s not you, it’s me’ – I’m just quietly slinking off to eat my turkey cold, this Christmas. I’ll let you know how it tastes.

You are a great writer. And I am cheering you on – and will love being able to read what you are thinking/doing without all the “noise” and flashing lights that keep me away from Facebook.