Confidence: An ode to Bryce Edwards 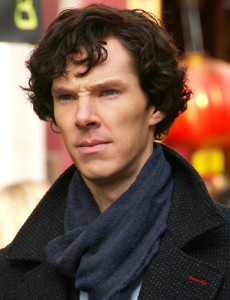 This is Smaug, not smug

Confidence. It’s the jewel in the crown of human behaviour isn’t it? “Oh you must act confidently”.

“You know what kind of women I love? Confident women.”

But in New Zealand we don’t like outwardly confident people terribly much. If we were going to have a motto, I think it would be “pull yer bloody head in mate, you’re not an All Black.” Because to us, confidence is arrogance. And we don’t stand  for arrogance.

Labour in 2008 found this out. The country was actually going great-guns 12 months out from the election. But it was already just about a foregone conclusion that “that Nice Mr Key” would get in because: arrogance. People perceived the Labour party as out of touch and arrogant (and as it turns out fucking useless from list spot #3 down).

And so now there’s an attempt at the forced narrative that possibly National is “confident”. And this is bad for Phil Goff. And the rest of the Labour team. Because this feels like the last roll of the dice. They’ve tried everything to tear National down, but because Labour is such a clusterfuck of disorganised uselessness (or possibly organised uselessness), nothing is working. So in seemingly a last ditch bid, they’re trying to say National is too confident.

Translation: Look at those smug assholes. With their improving economy and their unbelievably gifted leader. Look at the way they smug around the country smugly smugging. See that Justice Minister? She’s arrogantly going to companies that her husband is a director of and arrogantly saying their milk is nice. What an arrogant, smug, overly-confident group of people they are.

And to be fair, Steven Joyce is smug. And for why? He’s done nothing. Sure he does witty quips, but I do witty quips. No-one says that I fix everything. He’s a useless sack of crap who probably agrees with talkback callers on latenight talk. 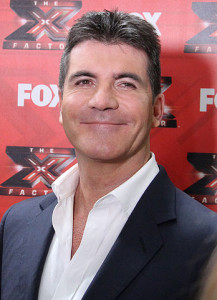 But the overarching strategy is symptomatic of why Labour is buggered. Because they’re forever trying to rubbish National, and criticise them. Instead they should be telling me what sort of country they’d run. What they would do differently. Yes they’ve had a bad run of it, but that doesn’t mean Cunliffe should go to ground.

National started behaving last year as though they were a third term government. That seems to have been fixed now – someone in that party is cracking that whip hard. At the moment, I think they are just about at the peak of their powers. They are a well oiled machine. No-one is suggesting stories of improper funds being funnelled through fancy Auckland restaurants. No-one is suggesting that Cabinet Ministers are conspiring against other Cabinet Ministers for personal gain. Because National is too well disciplined for that.

But the left wing chattering classes refuse to acknowledge they’re screwing it up. Instead it’s the media’s fault, or it’s John Key’s fault. Or it’s Matthew Hooton’s fault. It’s not. Get some self-awareness. Hell send me an email and I’ll come and help you if you like, because this country needs a strong opposition. And if you’re not going to do it for yourselves, then maybe you should do it for the Greens. Because you’re letting them down too.

You tricked me into thinking this was a piece about how guys could attract girls. But then BAM! – politics. I feel so dirty.

I think your blog is pretty much simplistic bullshit. Maybe you think you have something to offer, but you don’t.

Isn’t that what blogs are? Shouting into a vacuum? I’m sorry I’m not nuanced enough.

I’m confused by the title?

I only wrote this post to get in Bryce’s column.

is that a photo of Bryce? he’s hotter than you’d think