Everyone loves a Royal Tour (even if they don’t much like Royalty). 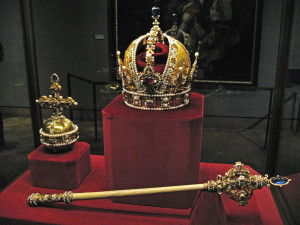 This Royal tour is a funny thing. Latest polling seems to suggest that as a country, we want to move on from the Monarchy. Republic NZ’s polling shows that only 46% of those polled wanted the Next British monarch to become King of New Zealand. Perhaps more interestingly, though not surprisingly, is the fact that the younger you are, the more likely you are to want an elected New Zealander as head of state (66% of 18-30 year-olds vs 35% of those aged 60+).

And yet, we love the tour. It’s impossible to avoid the coverage and I even find myself, enjoying the pomp and ceremony as a firm republican (small ‘r’ – no tea parties please). I was living in London at the time of the Royal Wedding and turned out to catch a glimpse of the happy couple. We even sat in our bunting-festooned flat, watching the delayed coverage of the wedding, drinking Pimms and soaking in the reflected glory of centuries of tradition. Pageantry is alluring.

But one suspects that were it not for Wills and Kate, those in favour of retaining the Monarchy would be even smaller in number. The Windsors owe a great deal to the tenacity of one Carole Middleton.

However, there are some younger Kiwis who remain enamoured with the Monarchy. Stuff.co.nz spoke to Chloe Oldfield, 21 (Nominative determinism?), the vice-chairwoman of Monarchy New Zealand, about the royal visit (seems fairly fuddy-duddy to eschew the more modern (and gender neutral) “chair”, but then again, these people have made a hobby of defending an anachronism).

Ms Oldfield (would she prefer Miss?) believes that “being able to relate to the younger generation of down-to-earth royals, such as Prince William and Catherine, was a driving force,” (told you). 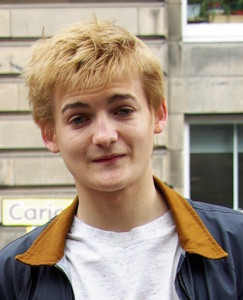 In other words, they like these Royals, but not necessarily all Royals (I’m looking at you Charles), which doesn’t say much for the concept of Monarchy. One might describe them as fair weather monarchists (though I suspect they didn’t pack their flags and bunting away when the fog rolled in on the morning that the Royals were to arrive). Though I wonder how they’d feel about their beloved system if faced with Bonnie King Joffrey, golden-haired.

The Monarchy NZ website lays out why they believe that Monarchy is the best system of Governance Rule. I found their page entitled “JUST THE FACTS” particularly fascinating, though more for its bizarre arguments than for its convincing defence of the system. The page gives “ten great reasons to be proud of our great system.” If this is the best they can do, it’s no wonder we’re unconvinced.

I’ll grant them stable, but only because democracy doesn’t get in the way of that stability. Totalitarianism can be quite stable too. However, I can’t see how a system that limits your ability to be head of state on the basis of your parentage protects democracy. Surely, it must, by definition, limit democracy.

I’m not so convinced about this “team of three.” Our head of state is a hereditary figurehead, and our Governor General is little more than an honorary role with a big rubber stamp. Perhaps the optics of a Trinity work for the more religiously inclined, but I’m not sure why this is a reason at all. The suggestion that three is better than one or two seems entirely arbitrary. Why not four, or five, or four-and-a-half million?

Apparently, being born out of the right vagina is a “fair and neutral” process. Orwell would love it. They also might want to brush up on their history – I have a nagging memory that wealth and political scheming might have played some role in our Monarchy, if not others.

Wait, so until just this year, with changes to succession rules, monarchies have favoured men, but they’re more gender balanced? Surely any gender balance has been purely accidental? Guided by god you say? Clever chap.

A system designed to keep power within a single family is more inclusive? Give me a little of whatever these people are smoking… They add: “Together, the Queen and the Governors-General clearly increase the profile of people often overlooked in politics. For example, women, visible minorities, and immigrants are never proportionally represented in parliament.” And yet, other than women, the people they describe certainly aren’t represented in the Monarchy.

Exactly how does this help? All the countries in the USSR shared the same head(s) of state. Is this an argument in favour of Putin re-annexing the former Soviet states?

She represents no-one. She might be a lovely woman (I’m rather a fan of Liz), but she can hardly claim to represent anything but an archaic vestige of feudalism. As for being apolitical, I refer you to Charlie’s recent efforts to influence government policy. I don’t know about you, but I have concerns about Homeopathic fanboys having a direct role in Health policy (for instance).

It’s often helpful, when making this kind of claim, to provide evidence. When the rest of your argument is flaky, do you really expect me to take your word on the existence and outcome of statistical studies in support of the Monarchy? These may well exist, but put up or shut up.

Seeing as it does nothing but ceremony, I’m not surprised it’s cheap (and I worry that they’ve forgotten about the actual Government, which costs plenty – either they’re confused, or they’re deliberately comparing apples with raincoats). We could install a Honey Badger as head of state for far less outlay – and no significant loss. The Honey Badger is dead. Long live the Honey Badger!

I may be dense, but this appears to be meaningless. Are there really other countries governed by a document, or is this just more deepity?

I see… the “I like pomp and ceremony” argument. I suspect this is at the root of why many people like the monarchy, and why Monarchy NZ put this reason last. It’s not convincing, but at least it’s honest.

Haha some of these reasons are absurd! Great post