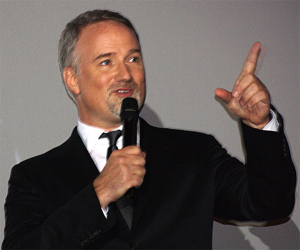 One of the perils of going to the cinema is that generally you cannot pick who sits around you. Often it becomes a real-time study in the dynamics of human nature. Cinema goers generally fit into one or more main groups. The Narrators, The Mobile Phone Addict, The Hygiene challenged and of course the most common group the courteous, etiquette abiding folk such as you and me. What if I was to tell you I’ve found the perfect cinematic neighbour? …. I did and her name was Lucy. She was quiet, she was attentive, she was extremely cute and her eyes glistened from the illuminated light flickering off the screen. Yeah sure she was a bit hairy for my liking and she stared at me way too much but folks, Lucy the Seeing Eye Dog was a dream movie companion.

Like Lucy the Seeing Eye Dog, I was engrossed with David Fincher’s Gone Girl. Like many Fincher fans I had been patiently anticipating this film. We had waited almost three years for a cinematic release since the masterfully enthralling Girl with the Dragon Tattoo. Nowadays as films are announced, the directors who I want to see most tend to create an unparalleled level of hype leading up to the theatrical release. On occasion this has left me a dangling mess of disappointment, but thankfully not today, not Fincher.

Based on Gillian Flynn’s novel of the same name, Gone Girl is an examination of the marriage between two very different but equally complex characters. On the day of Nick (Ben Affleck) and Amy Dunne’s (Rosamund Pike) fifth wedding anniversary Amy goes missing. An almost indifferent Nick quickly becomes the prime suspect in her disappearance. As the vulture like news organisations begin to circle, Nick, and his increasingly bizarre behaviour, become the single preoccupation of a blood thirsty nation of adjudicators. By proxy the audience becomes the jury. Is Nick guilty of murdering Amy or not? Do we know everything there is to know here?

To find fault with Gone Girl one needs to become quite pedantic. There are holes along the way, albeit forgivable ones. For me Fincher can be excused for reining in his running time of 180mins in lieu of a few minor unfulfilled morsels of peripheral plot. The magic of Gone Girl is performance. Affleck for all of his haters deserves our respect. Sure he’s banged a few performance trolls throughout his carrier (Jersey Girl, & Gigi) but with The Town, Argo and now Gone Girl I’m prepared to go out on a limb and say this is an Oscar worthy performance. Equally Rosamund Pike (An Education, Barney’s Version) delivers an elegantly nuanced performance. The camera draws itself to every embattled detail her face can deliver. The mark of strong performance is emotional attachment, and I was clinging for dear life. The character she fastidiously delivers is convoluted, stony and ultimately confounding.

As is typical with David Fincher, technically he is brilliant. Insisting on upwards of 50 takes per shot it’s clear he’s searching; searching for something hidden deep down in the depths of an actor’s tool kit. He is able to position his camera in ways that enhance performance through visual storytelling. Stylistically his dark, astute, grittiness lends itself naturally to the subject matter in Gone Girl, almost as natural a pairing as pinot noir is to steak. At times the contrast in the film’s exploration with lighting feels somewhat forced but one can rest assured these were conscious decisions ultimately made to discomfort the viewer. Visually the film is complemented by the beautifully textual and at times hidden score of Trent Reznor and Atticus Ross (Nine Inch Nails). Their third collaboration with Fincher shows a clear progression from rock stars to story tellers.

I don’t think people need to be warned that Gone Girl is dark, brooding and hopeless. It’s designed, be it successful or not, to polarise viewers into feeling for either Nick or Amy. There are lines of dialogue that will make people angry, lines that will make them question their own inner-most demons and challenge the core of their feelings towards their significant others. For me this film was everything I wanted from a night at the cinema. Plus I got to pat a puppy. 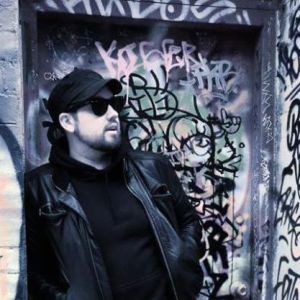