I’m 32 and I feel like I wasted my education. At present, I’m in France, traipsing around the countryside admiring castles and all sorts of other old shit. I’m scouring the leaflets and information signs attached to various wonders, but the main thing they illuminate is my ignorance. Oh, so this is the room where Louise de what’s-her-name gave birth to François I in the year A Very Long Time Ago? It’s incredible, and we’re standing in it! Who the hell were they?

When I think about schoolgirl history, there are very few things I have retained. I know that WWI was around the 19teens. Yes, I could Google this, but that’s cheating. WWII was from 1939-1945 (I’m almost certain of this, though no doubt someone will correct me in a smug condescending way if I’m wrong) and “In 1492, Colombus sailed the ocean blue,” so that was when America was discovered. I think some other Spanish people were also involved… I should mention that my education was somewhat piecemeal and reasonably international. And if that sounds glamorous and well-rounded, I should also mention that I learned photosynthesis three times in three different countries* and never did Roman numerals or fractions.** 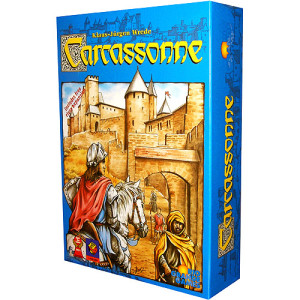 Oh. Not the Carcassonne you were meaning?

But now, I wish I did know about history. I wish I had enough context about the kings and queens of Europe to know who Henri II was in the grand scheme of things, instead of just having the tiny piece of information that he married Eleanor of Aquitane and had heaps of kids with her before chucking her in jail for a while on suspicion of treason. I learned this a few weeks ago, but I may well forget it, because I can’t fit it into the tapestry of my stored information. For pure awesomeness factor, though, I will probably retain the knowledge of the folk etymology of the city of Carcassonne.

This is all information that I would typically whip out my phone and search for. However, the vagaries of international data costs and the frowns of Mr Grumbley dictated that I leave my phone at home. Normally my phone and I are attached at the… well, at the hand and phone, and I’ve felt its absence keenly. This has got me thinking about how much I rely on the internet these days and whether I’m as smart as my phone, these days.

Now I wish I could go back to school and actually take it seriously. I took a break of a few years before I went back to uni and finished my degree.*** At that point, I understood the ‘mature students’ a bit better – although I couldn’t REALLY be called one then, at the ripe old age of 23. I actually wanted to be there. Not only had I decided that I wanted to be at university, instead of drifting there after school according to parental whim, but I was aware of the cost, since I was paying for it myself. So I was damn well gonna learn some things! Maybe we should put first-world children to work in the fields until they decide they really want an education.

So how to slake this thirst for knowledge? The internet is so full of information that it can hardly be considered a syllabus. There is a threshold, too, for when a question is worth Googling. It can be identified by whether you are actually interested enough to Google it later, when you say you intend to – I think that dictates whether it stays in your head. People mourn the passing of wonder, in the age of smartphones. At any dinner party, there will be a clutch of people who groan when someone (me) pulls out their phone to answer a question that previously would have been mulled and chewed over for hours.  However, while I am sad to lose the usefulness of my super-power (recognising people in movies and shows from other movies and shows that they have been in), I don’t think this is a bad thing, because we are chasing a new kind of education.

What the internet is AMAZING for is not only awesome tools for life, but the new rise of auto-didactism. The education we can take from the collective information on the internet from the expert, and the not-so-expert, is incredible. There are applications and websites to assist with budgeting, dieting, organising your life, etc, without the addition of ‘shock celebrity pics!’ (sucked in, women’s trashy mags – you are obsolete, bitches!) And you can learn pretty much any practical thing, without having to pay for a course or find a friendly expert. Even cooking and beauty tips. Yeah, I’m looking at you again, women’s mags. In recent times I’ve learned how to knit, how to tie various fishing knots, how to do 1950s hair and makeup for auditions, and what kind of glue to use for various craft projects.

And in terms of entertainment, Genome projects such as Pandora and Spotify can suggest new music for you, based on what you like, and Goodreads and Amazon can help you pick a book. And when we finally sort out the internet, here in the outer reaches of the Antipodes, it’ll be us, not the Americans, putting spoilers up on Facebook about stupid goddamn Game of Thrones.**** 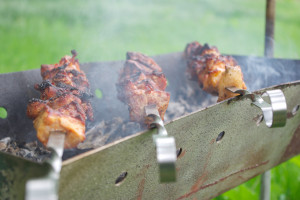 Oh. Not the meatspin you were meaning?

Not only that, you can ask questions you’re embarrassed about, without fear of judgement. You might be embarrassed not to know why everyone is laughing about ‘meatspin‘, for example (NSFW, by the way, although I’ve spared you the original). Now you can look it up and be horrified about it in the privacy of your own home, without exposing your ignorance. Or you might have a funny rash or a weird protuberance – Yahoo Answers to the rescue! Seriously, though, that is NOT a reliable source of info. Wiki it and see a doctor.

People these days are able to pursue very niche interests, in contrast to the days when I was trudging my way through the school curriculum – maths, science, English and a language… from now until you DIE. So I think the best thing we can do is not to fight the modern tide. Sure, start with reading and writing, and some basic mathematical concepts. Then let’s teach our kids to use the internet, wading through the sea of misinformation and billboards for bigots, to find amazing new tools and mine for precious nuggets of expertise from around the world.***** Let’s help the next generation find their own field of interest, be that the rutting of ancient royalty, or nuclear physics, or simply how to grow strawberries.

* Apparently it works the same everywhere, in case you were wondering.

** Yet my parents thought making me do 7th form Calculus was a good plan (14%, after scaling, thank you very much!).

*** A very challenging BA, so clearly I couldn’t possibly do it all at once, you see.

**** More on this later, maybe. Screw you, George R.R. Martin. What kind of middle name is that, anyway? Chump.