Is someone thinking of the children yet? 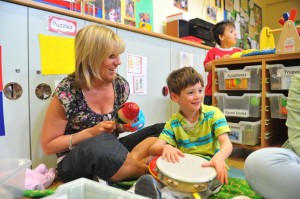 In my last post, I asked: what happens to a community when the people who live in it withdraw their support of it?

I used the example of the local high school. I wanted to illustrate an attitude I had noticed in my community which I believe isn’t uncommon.

Briefly, the school had been in a precarious position six years ago over management style and a perception that the school was not academically focussed enough. It had became subject to liberalism and leaned towards an arts focus.

Many schools had. After all, not every child in New Zealand wanted to be (or could be) a ‘professional’ success, said some expert in the education regime.

The school began to lose students. In order to boost enrolments it revised its zoning policy. It became all-comers. Surrounding suburbs were by and large poor and brown. For those students though, an opportunity presented to attend an alternative to their own zoned school.

Some in the community took the stance that it was no longer the school that reflected the community. I wondered: what should our local community school look like, according to these folk?

Well, white, for a start. Because that’s important. And we need more of that, don’t we New Zealand.

Soon the school had a large Maori and Polynesian population. Coming in from those other suburbs.

Awful times for white Auckland. What could be done about it? Well, for one thing, a zone could be put back in place. Then, argued some, the school would truly reflect the community it pulls the students from.

To put a zone in place the school needed improved enrolments first.

Since my last post, the school has received very positive media attention, its successes have been discussed in Parliament and the roll is climbing. Results are excellent and school pride is blossoming once again.

But there are still odd whispers on the leafy streets, from within the big shiny SUVs and over the frothy cups on the sidewalk cafes.

“When is it getting a zone? Hopefully in time for when my son turns 12”.

“I’ve heard its getting better. I’d consider sending my kids there.”

I have to bite my tongue. Why wouldn’t they have done so before? Who is responsible for making this, our great community school after all?

Apparently, the good folk of this community are waiting for the management and staff to repair the school. Only then will they consider giving the school the opportunity to take their child.

This is done from afar, from the position of judgement. If it’s good enough, they’ll use it. If not, there’s always the private schools.

This type of lazy ‘inactivism’ makes me cringe. Why is white middle New Zealand waiting around for things to seismically change to suit their demographic?

The attitude is endemic amongst our apathetic white middle class community. Activism extends to ‘out there’. Pink ribbon events, crowd funding and solar panel installations. It’s all high-visibility Facebook grandstanding.

Low visibility activism involves, I believe greater vision. It requires teeth gritting tenacity. Several years ago, a group of local parents decided to enrol their children in this school, despite the average Education Review Office reports. Theseare the quiet activists who have got this school humming.

There are excellent teachers in the school. The Principal is excellent. But it’s also those few parents who made the decision to support the local high school who have accelerated it toward New Zealand Herald editorial accolades.

So what will happen with this school? Well, it will cap enrolments soon and get a zoning policy to ensure manageable numbers. The types of enrolments will be local only. The breakdown of the ethnicity in the school with change from 25% Pakeha to well above 40%. Academic excellence will soar and it will become the School You Send Your Kids To.

The poor brown folks will be out of zone.

Real estate prices in the zone will soar.

People will ‘decide’ to send their children to the school. They’ll approve of it.

It’ll be wonderful, to be sure.

But am I right in thinking the attitudes around the local community school will no longer be community minded, but exclusive?

A nice Politician with a capital P: My interview with Grant Robertson