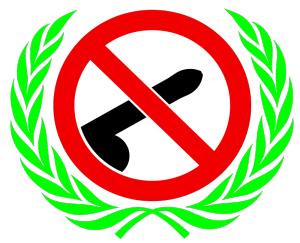 So this isn’t going to make me very popular but I don’t care.

And it’s mainly from the left that it’s coming. I get people are frustrated. Yes, Dirty Politics came out and confirmed all of your worst suspicions about Cameron Slater and some National Party Staffers and I get that it hasn’t made the polls move as much as you like and so you’re angry, but come on people. You’re basically tit for tatting here. If someone acts like an asshole you don’t have to be an asshole back. And if someone doesn’t act like an asshole but proffers a view that doesn’t necessarily agree with yours then don’t be an asshole back then either. Basic rule of life: don’t be a dickhead. Offline/online, you should behave in a way that is at the very least fucking decent.

Because so long as we stay this blinded by rage and this tribal NOTHING will change. Because RAGING at someone isn’t going to bring them to  your point of view. Nor is making passive-aggressive barbs at them. Debate/critique/discuss, whatever. But don’t be rude about it.

Because it’s driving people away from Twitter as a medium. And that would be sad. Because it’s a lot more interesting when you have differing views on the one medium. I have tried, with this blog, to be even handed with my criticism. I didn’t want to be Slater or Farrar and just praise the right, and I didn’t want to be Bomber or the Standard and just blindly and parochially support the left. My political beliefs are fairly well known but I’m not just blindly going to support a party come hell or high water.

On RadioLive the other day, Matthew Hooton accused Michelle Boag of being a National Party Hack because she doesn’t have a set of values that she defends/supports, so much as she does a party that she supports regardless of its policies.

Search yourself, decide your values and then choose a political party that you think best represents those values. Because where it feels we’re heading is a deep seated partisanship that mimics the United States. Remember the 2008 election? After 8 years of Republican disgrace and Bush ignorance Barack Obama swept to victory. With less than 55% of the vote.

Thank you your eminence.You have saved me the effort of writing a similar appeal to reason by doing such a good job here.I made the point today on twitter that reporters and media are not Pravda and should not be be expected to be.It got an instant unfollow which is cool but reminded me again how weirdly wired people have got this election.
Anyway I find myself agreeing with something someone else has written almost completely here.
Thanks

Hi there. I have read your post, a couple of times. I don’t know if I have been a dick on twitter (I am @lostarcnz). I do know I am in the “pretty angry with Mainstream Media” camp.

I thought I was informed.

Then I read dirty politics, and it was profoundly shocking to me. Why didn’t I know? And then some in Media telling me nothing to see here, of course it goes on, everybody does it? I feel duped. And I feel they knew something was rotten, and didn’t tell me. Is it my fault? I don’t know. I have never read Hollow Men. I watched my first Vinnie Eastwood video in the last 2 weeks.

But I feel if things were this rotten, and we still have some media telling me there is nothing much to see here, I feel betrayed.

So have I been a dick on Twitter? I don’t know. Look me up and judge for yourself. What I do know, is I am pretty pissed off, and some of that anger is directed towards the media, some of it towards myself, and most of it towards the ethics of Cam Slater, John Key and his Cronies.

” I watched my first Vinnie Eastwood video in the last 2 weeks.”

Eastwood is nowhere near as informed as he thinks he is, and factually wrong a lot of the time. He’s also practiced at telling people what he thinks they want to hear. Be very wary of taking anything he says or endorses as gospel without fact checking it first.

Just because it’s alternative media that doesn’t make it any more valid or bias free.

I know. I understand that – there are some outrageous claims. I think, if anything, this whole saga has me filtering the information I get from everywhere – Mainstream Media, books, blogs, other people, YouTube. I am going to stay informed, and I am going to get involved.

Vinnie still has the right to say it – the taking down of his YouTube channel was just plain censororship, and this (from the Hone Harariwa interview 2013) has become one of my favourite quotes:
“I don’t believe democracy is a weekend retreat, it is a full time job”

Which would be ironic given how enthusiastically he wields a banhammer on his own sites. He routinely accuses people of being shills and liars (without any kind of foundation or evidence) and bans/blocks them merely because they disagree with him – he’s only into free speech if it supports his position. This is a common behaviour among those who share his views as well.

I haven’t seen the video in question, so can’t comment on it’s specifics, but if it was slanderous rather than factual, or in breach of the law is it still censorship? Eastwood is entitled to his opinion and to express it, but he’s not entitled to his own facts.