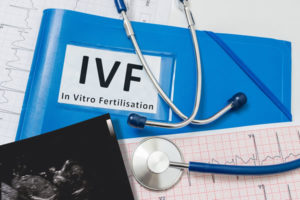 So you might have read my piece, and/or Kim’s piece about our adventures through infertility. It’s been a hard road. And we had just started the next chapter which was a cycle of IVF.

Kim was told she had a high egg reserve (good news!) so she was given a low dosage of the stimulant. This is because it’s a really bad thing to have too much. Really bad. So you always err on the side of caution. She says that the injections are actually OK and she’s got really good at them (the cafe we had to prep the syringe in one morning may not want us back but oh well) so that’s some comfort. In fact she said it’s probably been harder on me to watch her do it than it is for her to do it which is nice of her to say but I still don’t feel that way.

You’re also dealing with the mental side which is weird. Because on the one hand you’ve had 3 years of disappointment so you’re a bit cynical about the whole exercise, but on the other you’ve now got science on your side so you’re more hopeful than you have been. But also you don’t want to get ahead of yourself. That’s why the clinic offers counseling, to help you. What a mental rollercoaster.

So after a number of days of Kim stimulating eggs we went in for a scan to check her follicle growth – this is where the eggs come from for those keen to learn – and she was on par. They were expecting more than what they saw because of her high egg reserve so increased the dosage of the stimulant. The plan was for Kim to take the higher dosage for a few days, then we’d have another scan, hopefully see lots of follicles, then a couple of days after that it would be the ‘trigger shot’. That’s the injection that instructs Kim’s body to prep the eggs for collection. Then Kim would have to go through what looks like a really stink process of having the eggs collected. I won’t go into the details but I’ve been referring to it as the “smear that doesn’t quit”. We’ve spoken to a few people and they say it’s not actually that bad at all.

So that brings us to today. We’ve just come back from the clinic. Kim had her follow-up scan to check for follicle growth and it wasn’t great. There were only two that could be expected to be collected and that massively reduces your chances of success. Because you need those to a) survive collection, b) get successfully fertilised, c) grow into what’s called ‘blastocysts’ and then d) successfully implant. At each stage you can expect numbers to decrease. So starting with two isn’t ideal. Our normal doctor wasn’t there so we were seeing a replacement. He was super nice and compassionate. He said that it wasn’t great and that his recommendation was that we abandon this round.

Not the news we wanted to hear.

I had a mixture of emotions rush through me. I wonder if this is similar to how Kim felt on the clomiphene?

Disappointment. Sadness. Anger. Disappointment. Sadness. Anger. Could we have done something more? Is it the clinic’s fault? Is it anyone’s fault? Can I punch something? This is sad. Oh Jesus Kim. Is she ok? She looks like she’s holding herself together. Fuck this. There was a haze of talking to other people about next steps and even though it was less than two hours ago I’m not sure my recollection is clear.

We’ve taken the day off work.

There have been tears. It’s shit. But it’s also not the end of the road. Because we’ve found out at a relatively early stage it’s not a completely busted round in that the whole thing hasn’t been paid for yet. So it’s not the world’s most expensive failed coin-toss. It’s a partial one. It also feels awful talking about my prospective future-children in terms of dollars and cents but that’s a reality.

Our doctor rang us. He was very sympathetic. He called it a speed bump, not a road block. We talked about the next steps. There’s no fucking around. You want certainty. You want to control something. Because to this point you haven’t been able to control anything (Kim actually said that she, in a weird way, enjoys the injection part because it’s us taking charge of something in this fucked up process).

We’re going to try again. We have to try again. We have to wait about 7 weeks to do it. But once again Kim will stroll into the clinic with the same amazing bravado she displayed last time. We’ll pick up the pharmacy’s worth of needles and drugs and pills and she’ll staunchly self-administer. She’ll do it all without complaining because she’s been amazing. Is amazing. And we’ll hope for the best again. Because without hope Pandora’s Box is just a shitty nest of vipers.

We’re ok. We’re not distraught. We’re really disappointed. But we’re ok. There’s no-one to blame. This is just how it goes. This is life.

Hang in there team. Your struggle maybe lasting, but it is not everlasting.

The same happened to me our first IVF round. I was on a high dosage of drugs and after the first check up scan was told that I wasn’t responding well and we’d cancel the cycle. That was one of the hardest days. We’ve since tried two more round on a low dose cycle and I managed to only retrieve 1 and 2 eggs, all fertilized, but none stuck. We’re now on a break from treatments, and just trying to enjoy life. It’s a rough and sometimes shitty ride, but know you’re not alone. I wish you both the best of luck on your journey!

[…] it’s been nearly two months since my last post. In that time we haven’t magically discovered a baby growing in the garden; so this […]