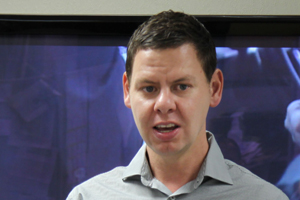 Close. But not quite.

Following on from last year’s controversial decision to award Ruminator’s Person of the Year to Miley Cyrus, I took some suggestions from the Twitterazis as to who it should be this year.

Names ranged from John Key, to Patrick Gower, to Judith Collins to Nicky Hager (Steinlager) and these were all very valid suggestions (frankly if Patrick Gower had been delivering tweets as powerfully as yesterday’s trolling effort all year then I would have given it to him in a heartbeat). Danyl McLauchlan said that his person of the year was the Twitterati who haunt Paddy’s dreams.

But after much thought I decided to take a leaf out of Time’s book and, instead of giving it to a particular individual, give it to a group. Because that bucks the system, keeps people on edge etc.

(As an aside, how bitter is Steffan Browning right now that he could have been part of Time’s Person of the Year).

It’s a meaningless award this one. I mean we care about who Time says and then we debate for all of about five minutes, and then we don’t give a shit any more. Because being person of the year is a fleeting experience.

For example, in 1988, the Time Person of the Year was “the Endangered Earth”. Whatever happened to that guy? Yeah. Exactly.

And last year was comical. When we announced our person of the year, there was a bit of a to do because it wasn’t XYZ. But that was back when we were still being taken seriously.

Anyway, I’ll stop prevaricating and just get on to it.

This year’s Ruminator Person of the Year is:

Yes this truly was the year that the Blogster came out of his mother’s basement, put on his fedora and garnered altogether far more attention than he deserved. And I say “he” because the Blogsters I’m thinking of are all men.

Every now and again I will go and read The Standard, the Daily Blog, KiwiBlog and Whale Oil and I summarise it for people in my #TrollStroll because I find it hilarious. But not everyone finds the crazy talk of these crazies to be hilarious. No, they take it seriously.

Whale Oil has his hordes, KiwiBlog has its bigots, the Standard has its True Believers and the Daily Blog has … well Martyn. And the audiences of these blogs have come to look up to the bloggers. As though they are the hero that Gotham needs.

Cam was outed as having been played like a shitty, bigoted, awful fiddle. And for being an even bigger asshole than we realised. He had clearly documented ties to the Prime Minister’s office – a privilege not all of us who take to our keyboards to pen angry rants enjoy. It appeared he was receiving information he probably shouldn’t have from the SIS, again something we all don’t get and lastly he wrote this fucking piece about people bludging off the City Mission (just in case you’re worried, I used Do Not Link so you won’t  be adding to any of Cam’s dubious stats). But you cannot deny that he was an influential figure on the political scene. And I use “was” there because I think he’s been pretty marginalised. But I don’t think he realises that yet, I think he still thinks the source of his power is him. The cognitive dissonance is going to punch him right in his smug face eventually.

Farrar’s actual blogging output took a dive this year. He became more and more a copypasta while adding one line agreeing or disagreeing between paragraphs of other people’s content. However he did get a shout-out by the Prime Minister on election night and remains the largest beneficiary of the State. According to Hager he was much more the brains of the whole Dirty Politics thing than Cam was (and really, no-one is surprised by this).

Over on the left, the Standard was routinely criticisted for being a) shit and b) allegedly run by people who were in David Cunliffe’s office. And that guy is the least popular person on the left other than our cargo-short-wearing wallet-chain using, woollen sweater-vest abusing friend at the Daily Blog. However that didn’t detract from the fact that more and blog stories from the Standard were creeping into the mainstream media as journalists lazily did nothing but shill for (insert whichever party you don’t support here). The Daily Blog would spasmodically burst into rage about something or another ranty ranty John Key asshole something something. And Martyn was responsible for the best set of Election 2014 predictions of anyone I know:

ACT – wiped out, will not win Epsom after a calculated campaign by Labour & Green voters to strategically vote Goldsmith in. Wasted party vote. WRONG

Maori Party – wiped out, will not win any electorates. Their relationship with National has burned them, even if they manage to hold onto one seat, they won’t generate enough Party vote to pull anyone else in with them. WRONG

United Future – Dunne may hold on, but it will be close. RIGHT

NZ First – God damn it, I thought this election it would be over for Winnie, but Cunliffe’s ‘sorry for being a man’ comment revealed the deep seated conservatism and anti-feminist mind set of a lot of older male Labour Party voters who have all walked off to Winnie – 6-8% for NZ First. PARTIAL CREDIT

Internet MANA – have had speed wobble issues as they moved from crawling to sprinting. Needed far better internal discipline than occurred.  Will win Te Tai Tokerau, will win Waiariki will win 4-5% of vote. Would have won 7% if their full employment and free education policies hadn’t been sidelined by ill timed attacks on the media. SO FUCKING WRONG

Greens – sterling campaign, one of the best in the election will win 13-15% of party vote. Their time to be taken seriously and be at the table has come, will burn a lot of credibility if they do end up helping National out with policy. Looks likely to be snookered however by Labour & NZ First. SO WRONG

Conservative Party – Mr Christian Family Values has some issues with his Press Secretary resigning 2 days out from the election after calling Colin Craig a manipulative man. Will not get over 5% now – wasted vote. GOT THIS ONE RIGHT

National Party – Despite the media supporting Key and playing down every allegation, Dirty Politics has hurt National badly and the impact will be their supporters staying at home this time and undecided voters voting specifically to get them out. Expect National to get 43-45% SO FUCKING WRONG

Labour Party – Cunliffe won all the debates, he has a vision but a deeply divided Caucus who seemed hell bent on being off message a lot of the time.  The saving grace of Labour is their massive election machine on the day being able to do far more than National’s can – this will lift them out of the poll doldrums – expect anything between 27%-30% on election night. SO WRONG

I think we will see a Labour-NZ First Government with a supply and confidence arrangement with the Greens. HAHAHAHAHAHAHA

Despite the mainstream media polls that have screamed National will win by a 50% landslide for 3 years, this election was always going to go right down to the wire, and it will. WRONG AGAIN

Regardless of whether or not you agree with these blogsters, we cannot (unfortunately) deny their influence and importance. And that’s really sad. Because these chumps (myself included) have no more right to their opinion being taken seriously than anyone else. And yet they (we) have found themselves an outlet and a group of people to read those opinions that now they’re considered “thought leaders”. And they’re not. Blogs should be treated as entertainment only.

So I guess call this my Hitler moment, when I give Person of the Year not to the best person, but rather to a bad person who just had altogether too much clout.

The 4th Estate and Dirty Politics.

And there I was acceptance speech all ready….. and I bet Martyn/Martin never predicted this one