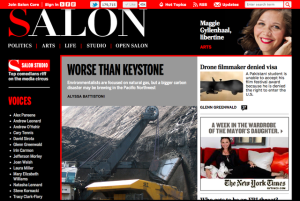 Right back at the beginning of 2014 I wrote an angry post on how Buzzfeed, Cracked and Upworthy were destroying us with ridiculous headlines.The examples I showed you from my Upworthy email that day were:

And they’re all awful. And they use capital letters At The Beginning Of Each Word Which Really Pisses Me Off. Almost as much as misusing literally.

“But Dave” you may say if you wanted to talk to me, “you can avoid that sort of exasperation by not receiving Upworthy emails, or visiting Cracked or Buzzfeed.”

And you’d be right.

Because in an effort to expand my bloody horizons and learn things from around the world I visit other sites that I once considered “mature”.

Salon. That used to be a great place where you could read longish-form articles about what was going on in the States. I was under no apprehension that it wasn’t biased. It’s liberal as hell. But now not only is it liberal but it’s reducing arguments to their most binary level. And then throwing in a shit-tonne of bollocks at the same time. 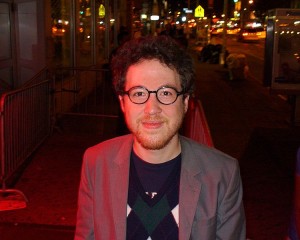 This man writes a list of the 30 biggest hacks in US punditry. Without any irony.

In fact they called Cliven Bundy “ridiculous” repeatedly. And then have 5 different stories about the crazy Nevada rancher who likes slavery. And most of them say that Republicans are very bad people. And it’s this sort of reductio ad absurdum that is dumbing us the fuck down.

People know about the liberal echo-chamber that is Twitter, if you shout something progressive into the ether it will be echoed back to you a billion times in favourites and the preferred-retweets. But now Google is dictating your search results so that you only get back things that you agree with.  Hellllllooooo confirmation bias. This means as a species we’re going to become more and more divided as the chasm between your opinion and mine is widened – and entrenched.

I also read Slate. It’s like Salon but with a slightly more arts bent. However it’s also reducing its articles to some banal bullshit.

WAS SHAKESPEARE AN ATHEIST?

6 CELEBRITIES WHO MADE MILLIONS THEN LOST IT ALL

And this dumb-arse creep makes me sad. Because these once mighty websites are but a shadow of their former selves. And where the fuck am I going to get my pseudo-intellectual news from so that I can pretentiously laud it over my peers how well educated I am?

The New Yorker is still good. The Guardian is bad. The Daily Telegraph has very good writing. CNN is horrible.

And this isn’t a rant against the “main-stream media”. I think they by-and-large do a good job. But maybe we could all just dial it down a bit and get back to basics?

So anyway, if you have an interesting, somewhat mature place I can read my news in peace, let me know.

And get off my lawn.

The guy in that picture kind of looks like you. Just sayin.

[…] (I’ve already railed against the Buzzfeedification of media headlines in this piece and in this piece), it’s now a part of human interaction. The distance between “I disagree with […]