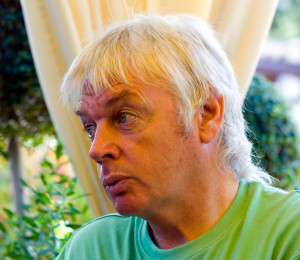 We’ve heard a lot of angry rants about click-bait headlines. The sort of headlines that say things like “20 Secret Santa gifts you won’t believe actually exist.

Buzzfeed are very good at them. Cracked pretends that it doesn’t do it. But it bloody does. And I think the gold medal in this sort of bullshit headlining is Upworthy. Which is the worst of liberal sanctimony. The sort of piousness usually reserved for Pope Pious. A quick visit to Upworthy today gives the following headlines:

I’m not even going to link to any of them. Not just because they misuse capital letters in a way that guy from Policy does when he’s writing a document; but because they make me angry. Every day I’d receive the Upworthy email that contained its links of the day. And every day I’d expose myself to that sort of thing. And I didn’t unsubscribe. It was as if I was hate-fucking myself with left-wingism. And I am left wing.

We’ve reached the zenith of hyperbole. Everything is the most, or the best, or in a terrible display of lacking faith in its own ability to convince its readers an outlet will tell you that you won’t believe something. Isn’t that exactly what you’re trying to do in your body of work? Convince me of something? Because if I won’t believe it,then why would I bother? Game over. You lost.

And it’s that or slap together a post that has pictures of toys from the 1980s or 1990s. Hey kids! Remember Hungry Hungry Hippos? We haven’t got anything to say about it, just DO YOU REMEMBER IT? DO YOU? (that said, I’d like you all to take a moment to go and watch this ad and ask yourself “would this ever be allowed on air today?”).

Then there are the posts that tell me I’m going to have my faith restored in humanity. And there’s a picture of a guy handing a koala some water in the middle of the fire.

Besides, in the aforementioned koala photo, it’s that guy’s job to do exactly that. He’s a member of the Country Fire Authority. So if you want to be particularly cynical you could actually say that someone has to be paid to look after Koalas. And they are so goddamn cute.

I think I get where this is all coming from. It’s the blowback against the last 30 years’ cynicism. When Gordon Gecko said that “greed is good” it heralded in an age of post-modern cynicism where we all sat around trying to be the most negative person around. And we experienced 20ish years of reasonably good economic growth. So we could afford to be cynical. Then 2008 came and things got fucked up. And suddenly we went looking for something inspirational, something we could feel good about because it sure as fuck wasn’t our own life.

So Buzzfeed, Cracked and Upworthy appeared. And they had to differentiate from each other so if you went to their sites you’d read THE BEST or the MOST UNBELIEVABLE or see a kid STAMMERING WHO SUDDENLY DOESN’T STAMMER AND THE PATHOS IS STRONG WITH THIS ONE.

And I’m not just ranting because these sites do incredibly well and there’s not that many of you who read these posts. Rather I’m ranting because these posts create unreal expectations of what life is like. And I’m concerned that my generation of Generation Y-ers and the next group of kids behind us are having fucked up delusions of how their life should be. Your life probably won’t be the BEST EVER. Nor will it give birth to AMAZING UNBELIEVABLE stories. It will probably be middle of the road. Maybe you’ll get a career. Maybe you’ll get married to someone. Maybe not. Who the fuck knows? But these websites are creating a sense that unless something is ZOMG AMAZING then it’s shit. And frankly life just isn’t that binary.

I wrote a thing

Heh, just this morning, before reading this, I read an article on Cracked that nails heaps of the same points. Is that ironic? I don’t know anymore. 😉

Everything is so goddamn meta these days. I think we all need to dial it back.

You mean sort of like the time the Ruminator used the snippet “You won’t believe how the NZ Government will sign your rights away with this one simple trade agreement” to promote an article on the TPP?

Or as Buzzfeed would say, “What the pot called the kettle will cause you to lose all faith in kitchenware”.

Besides, I stand by that headline because it’s on a meaningful subject. Buzzfeed sometimes tries to be meaningful but is largely pulp.

How was that snippet any different? It fundamentally attempted to create the same sort of shock reaction that Buzzfeed, Upworthy and the like do by purposefully misrepresenting the state of play by implying the Government signing away our rights was a done deal when at the time it wasn’t (and still isn’t with negotiations dragging into at least the first half of 2014).

I’d argue that Buzzfeed and its ilk are more entitled to get away with clickbait rubbish precisely because the bulk of their content is lighthearted and lightweight, whereas when trying to engage in some sort of intellectual discussion on a complex issue like a trade negotiation, clickbait is a tacky a misleading way of promoting readership that can unfairly colour reader’s perceptions before they even get to the content.

Indeed, you lay into these sites creating unreal expectations of what life is like through their clickbaiting headlines. Yet you allow and stand by a clickbait snippet that creates an unreal representation of the NZ Government’s position on the TPP.

I find your opposition to clickbait on Buzzfeed versus your defense of allowing it on The Ruminator hard to comprehend, especially when you point out that life isn’t binary. Trade negotiations aren’t binary, the end state of the TPP, and whether it will actually happen, is still well up in the air and misrepresenting that for the sake of clicks is intellectual dishonesty.