Why I don’t wear my wedding rings to job interviews 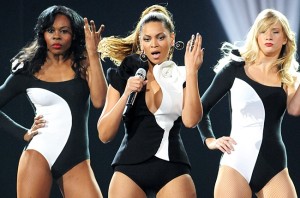 Despite advice to the contrary, you apparently should *not* put a ring on it

I’m (almost) 32. I am a healthy, fit, married woman. I work in fairly senior marketing and communications roles, in a world where, these days, most of my peers or higher level colleagues are men. Most of the women in my company are in coordinator roles, or on reception and administration. I am the only female senior manager in a company of 190 people.

I don’t wear my wedding ring to job interviews anymore.

I want to have a career.

I want to have a baby.

I don’t want to be discriminated against for wanting both.

Some years ago, I made the mistake of telling the world my husband and I were having trouble getting pregnant on national television. I’ve never regretted anything more. In over 20 job interviews since this public declaration, I was told I had interviewed very well and would go far in my career – I was psych-tested, provided draft strategies and campaigns to consult on, and even travelled halfway across the world for one interview. But I never got any of the roles.

Feedback after feedback form told me I  vastly impressed, that there was nothing I could improve on, and that I had “huge potential”. I got so sick of hearing those words that I compiled all of the feedback and went to a recruiter for an honest opinion. She was honest – brutally so. “On paper and in person, you’re the perfect candidate. Except for being a married woman in your 30s, you would probably have got any of those jobs if you had tried a different approach. The approach being – don’t wear your wedding ring. Use your maiden name. And look different from how you did on TV”. I’m sure there were other reasons I missed out – I refuse to believe that in 2015 it was just my gender and age that affected my job applications. But the more women I speak to, the more I wonder if I’m not, like many others, being discriminated against and disadvantaged for being a married woman of child bearing age.

Eventually, I got lucky with my current company. They had a policy of open-mindedness and anti-discrimination and they never asked a single question about my age, marital status, ethnicity or dependants. They’d never seen the TV show I was on. But still, I didn’t wear my wedding ring to the interview. I got the job on round one.

Behind my back in the office, I’ve heard that other staff have wondered why I was employed when I am clearly going to leave soon to have children. I’ve heard they wondered why I was employed when I required surgery almost as soon as I started the job for fertility related issues. No-one within the company has ever asked me about my fertility struggles, nor spoken to me about my family plans, but nevertheless I feel judged for it. I feel the weight of wanting to procreate in a world where I am supposed to be judged only on the commercial outcomes I produce and the hours I put in.

Let’s be clear – I love working and I love my job. I want to work hard, produce results and succeed. I see no reason why I can’t be a mother and continue to do this. Some will call me naïve and optimistic, and others will scoff and say that until I am a mother I don’t know how hard it will be. And others will likely be disgusted in my choice to be a working mother, when I should be at home providing a quality up-bringing for my children. Everyone has an opinion and I welcome them, but as a basic right I deserve not to be judged as un-employable because I might get pregnant one day soon.

All too often I have heard employers complain about parental leave. In mid-2014 I sat in a human resources training course and listened to a male HR Manager state that maternity leave was the single most irritating issue in employment management, and was something he tried to avoid wherever possible. He spoke about feeling railroaded into holding positions open for maternity absence only to be let down after one year when the mother didn’t return – and mentioned the difficulty of filling a short term role and continuing productivity during a mother’s 12 week absence. And then, he continued, there were the ongoing obligations of sick children, school holidays and odd hours worked by mothers leaving work to attend to family matters. It just so happened that a great new role had recently opened at his company and I had considered applying. I didn’t even bother. It eventually went to a man.

It is this attitude by employers that leads me to have concerns about New Zealand’s more liberal maternity leave policies within the corporate world.

I WANT to be able to take 18 weeks leave when I have a baby. I want ALL men and women to have access to support services, financial assistance and the chance to have a work life balance while raising their children. I FULLY support legislation which allows women and men to take time off work to spend precious months with their newborn baby without the financial burden of giving up work or losing income. But I worry that new legislation will make it even harder for women like me to move up the corporate ladder as employers see only the potential difficulty of dealing with maternity leave.

The government has recently extended paid parental leave from 14 to 16 weeks from 1 April 2015.  The extension is one of two steps to extend paid parental leave to 18 weeks by 1 April 2016. This means employers have further obligations around keeping positions open for mothers (or fathers) who leave to care for their newborn children. Recent New Zealand statistics (Statistics NZ 2014) show that of working parents who have newborn babies, 98% of those accessing paid parental leave are women.

Which is why I don’t wear my wedding ring to job interviews anymore.

I don’t have the answer or the solution, I only have the desire to make sure that employers respect the role that women play in rearing children and the corporate world equally – and that employers see past the wedding ring and the family dreams for the person who could shape their company – while also shaping a child’s life. This is just me wanting the chance to be equally considered without judgement. Judgement because, hopefully, one day soon I will bring a child into this world.

And anyway, my husband will probably be the one taking time off work instead of me – so what’s the problem?

So long as almost all couples choose for mum to take time off with the kids, the stereotype and discrimination will continue.

… then maybe we’d have a more balanced mix of dads and mums taking time out from work to raise kids.

We have anti-discrimination laws. That clearly don’t overcome the stereotype “women gonna take time out for kids”. The way to destroy the stereotype is if more and more employers are seeing their *men* taking parental leave.

It can only happen one couple at a time, grassroots up.

Dads – take back your right to quality time with your kids as they grow (you’ll never get the time back!) and let your partner do the career thing. Your kids are more awesome than your workmates. You’ll be happier.

Nice comment Rick Rowling. That would certainly level the playing field. Looking at it from the employers point of view I can totally understand their decisions though. If you are hiring someone you want them to be good at the job and also to make your life easy. We all want to avoid hassles if we can and the best case scenario for an employer is they hire someone who always shows up and stays for a long time. Women in their late 20s and 30s are going to be seen as less likely to deliver this. Is that discrimination? Of a sort but I don’t see it as that different to an employer weighing up different applicants and not choosing one because they have had a lot of short work stints and they think they would move on quickly. There is a whole range of factors that come into choosing the person you think will best suit a job.

Hi, I’m the author of the piece posted by The Ruminator and I want to clarify why what you’ve written is exactly the attitude I want to attempt to remove from businesses and society.

Essentially you’re implying that a woman taking maternity leave simply doesn’t care about the future of her company, and is not working in the business’s best interests. Not only that, but you’re implying that employing someone for their ability to remain in the role long term, is more important than their innovation, their work ethic and their ideas. You’re writing about the very form of discrimination that I am hoping to eliminate – that of looking at a potential mother as a “risk” and not as an “asset”.

My point is that if businesses looked at women like me for the potential we can offer their company, and not for the fact that we may or may not have children sometime in the near future, then we would all be better off. Yes, we may leave to have children, and YES this will be (short term) difficult for employers, but you will also have a mother who (if it were me) NEEDS the job in order to have long term financial security for her child and so will remain loyal and hard working in order to retain employment. Furthermore, most of the working mothers I know are actually more efficient in their work as they turn up to do the job, focus solely on the job while they are at work, and also purposefully make themselves available via cellphone and email in order to negate any perception that they are skiving off with their kids.

Unfortunately, working mothers are often judged for returning to work – but stay-at-home mothers are often under-appreciated for the job they do. It’s a lose-lose for mothers in particular, and I believe that the stigma of parenthood in general should change.

A broader national mind shift into the importance of raising children and their role in the growth of a society, as well as the value of ALL workers in companies (both female and male) will help businesses look beyond the small picture (come on, some people take holidays for 12 weeks!) and to the broader benefits of providing welfare for those raising children, while also providing jobs for those who choose to work, without judgement or stigma for their gender (or basically, their baby-making ability)