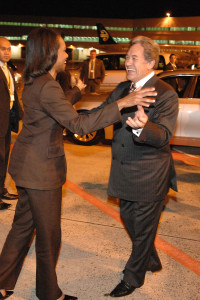 There’s a tendency at this time of year for people to write lists. Present lists, Christmas Day food lists, all-the-parties-I-must-attend lists. This hasn’t escaped the New Zealand political media, who seem to delight in putting out ‘best of’ lists to end the year.

The first out of the gate was the Trans-Tasman political report, where they named Finance Minister Bill English as their Politician of the Year. Well, all we can say to that is that we know what we’ll be getting them for Christmas. A calendar, as they obviously confused April Fools Day and Christmas when they made that decision.

In this spirit though, we’ve decided to make our own awards list as we say goodbye to 2013 and look ahead to the 2014 election.

Joint win between ACT and United Future. One party has their lone MP and Leader in Court facing electoral fraud charges. The other one stopped being a parliamentary party for several weeks this year, due to having insufficient membership numbers.

The “we can’t believe we got away with it’ award

It’s a close run, considering the amount of taxpayer money this Government has handed over to foreign-owned corporations this year, but we have to go with Warner Brothers. They managed to extract $67 million in taxpayer subsidies to make The Hobbit here. The first film in the series grossed over $1 billion in profit. Why the $67 million wasn’t a loan instead of a gift, we’ll never know.

The ‘profit before people’ award

KiwiRail. When the propeller fell off the ferry Aratere in November, management said that the ferry could still potentially run on one propeller to carry freight between the islands. No concern for the safety of the crew that would have had to man the scrap heap.

The ‘throwing our toys out of the cot’ award

Chorus. When the Commerce Commission found that they could charge less for copper broadband pricing, Chorus had a tantrum. The Government considered legislation until ALL opposition parties came out and said that would not vote for it. Chorus cried poverty and that they simply couldn’t do the job at the price the Commerce Commission had stated. This is despite the fact they made $171 million in profit last year. They’ve now gone to the High Court to say that the process the Commission undertook was incorrect.

Rebecca Wright from Campbell Live. Even though we offered several times to come into the studio to do a live interview, they decided in the ‘public interest’ that it would make more sense to set up an ambush at Auckland Airport instead. Rebecca sure turned up a hornets nest for which she still has the sting marks.

The ‘by the power of one’ award

Again, a joint tie between John Banks and Peter Dunne. Their votes gave the Government a one vote majority to pass controversial legislation including the Sky City Convention Centre, the sale of Meridian, Mighty River Power, Air New Zealand, and soon to be Genesis, and fiddling with the laws surrounding our intelligence agencies.

The ‘was it really worth it’ award

The ‘getting off my high horse gracefully’ award

Peter Dunne. When the Henry Inquiry pointed the finger at him for leaking the Kitteridge Report, he resigned his ministerial portfolios, all the while insisting that he’d done nothing wrong. The gentleman doth protest too much, methinks.

The “we’ll actually let you answer the question’ award

Native Affairs. They broke several important stories this year, including a series looking into the financial mismanagement at the Kōhanga Reo Trust. When they had politicians from all sides on the show as part of their political panel, they actually let the MPs answer the questions, rather than trying to get across their own view. A show that is a pleasure to appear on.

The ‘bring back buck’ award

A Speaker that is actually bi-partisan, and understands how parliament works. Question Time is the only time each day that the opposition can question the government on their actions. It’s an important part of democracy and for Ministers to not answer questions, and Standing Orders to be interpreted with such a cavalier manner is not conducive to the business of the House. To be fair to the current Speaker, he didn’t actually want the job but got thrown in to it.

The ‘is the nightmare over yet ‘award

John Key. A shocker of a year, his coalition Klingons of ACT and United Future have imploded, and the Māori Party went through a leadership crisis. He’s actively courting a wannabe politician who may believe in chemtrails, but isn’t entirely sure he believes in the moon landings. He’s had nine MPs so far announce they won’t be standing next year (Nats abandoning a sinking ship). He’s courted controversy over Kim DotCom, the GCSB and illegal spying. He watched as our reputation in China plummeted due to bio-security breaches, but instead of worrying about that, decided to head over to the UK for a photo op with the royal family. We reckon his Hawaiian retreat is looking mighty good to him about now.