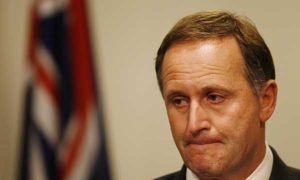 So who saw that one coming? No-one. Big news. So now you need more white dudes opining (there does seem to be a lot of white dudes being asked their thoughts, is it because Key is a white dude? Is it the inherent sexism/racism in society? Probably). Anyway, here’s mine:

Everyone is looking at Bill English and saying “well he’s clearly the next Prime Minister since John Key said so”. And that seems obvious, but if you start to unpick at it, the logic doesn’t quite stand up.

Why would you listen to Key now? He’s no longer in charge, and Bill’s been around a long time. Is he really going to be PM/leader of the Nats for a long time? So if you were a backbench Nat wouldn’t you want to invest in your long term future and back someone who you thought would give you a job further on down the track? That’s what politics really is. The self interested being interested in themselves.

Don’t get me wrong, I think Bill would be a perfectly competent PM, he’s a super smart dude and a small c conservative (that said, he’s not too liberal on the ol’ social issues, allowing his judgement to get clouded by Catholicism), but if I was a backbench Nat I don’t know if I would be investing my future in him.

So if I was to hazard a guess at who was going to run for leader I’d put forward the following:

Collins, definitely. She’s wanted this. She told me so when I interviewed her. She’s going for it come hell or highwater.

Bennett, the heir-apparent in a lot of people’s eyes. Has the ‘common touch’ that Key had but perhaps not the command of issues.

Bridges, don’t think he wants the leadership (yet), but by putting your hat in the ring it a) boosts your profile, and b) increases your chances of getting a plum Cabinet portfolio; maybe finance?

Those are my definites. I’m not certain Bill wants the job. But we’ll see. I’ve heard English with Adams as his deputy being bandied around but that would be a weird shift in politics as then the only Auckland leader of any political party would be David Seymour, and I don’t think you can ignore half the country like that. So Collins and Bennett get advantages for being Aucklanders, meaning it’s likely that one or the other will be leader or deputy.