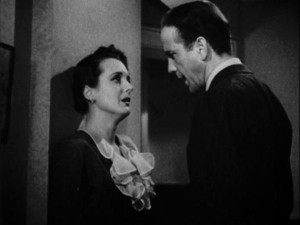 Ah, yes. It’s just a bit of fun. Mucking around. A friendly gesture. How many times have we heard these old chestnuts when some bloke has been somehow inappropriate? I’m not sure about you, but too many examples spring easily to mind. I’m troubled on two fronts by this sentiment.

The first is the obvious fact that when someone (90 per cent of the time male, let’s be honest) leaps to the defence of another using these terms they are saying: I relate to this behaviour. I would do this kind of thing and I think it is ok and this is why. There is no other way to spin it, and that is troubling.

The second is less obvious, but arguably equally if not more problematic. It is the fact that when similar episodes have happened to me, I heard the same words in my own head justifying their behaviour. And maybe you could try to argue that my being on the receiving end and thinking the same thing means it must be so. Surely?

Like the time a client hugged me (fine, I allow that) but took it too far by putting his hands too intimately around my waist and kissing my cheeks a little too long as a ‘joke’. Or the one who followed me into a room, pressed himself against me and wouldn’t let me go to the point where I was trying to decide between groin kick or headbutt.

I’m no wallflower. I’m tall, physically strong and assertive. But in these incidences I’ve felt myself physically shrink a little, and begin to justify their behaviour. I should’ve made the issue clear to them sooner, right? What the hell is my problem?

What people do not realise is this: for a moment forgetting the awful reality of the still prevalent perception of women in our society, when you work in industries involving customer service such as tourism, hospitality or whatever, what makes you good at your job is being a people pleaser. For someone to cross boundaries of what is appropriate for the sake of their own fun because they perceive there will be no consequences is a breach of the trust we have to put in you. Abruptly calling you out is often not in the nature of the people in these industries, and taking advantage of that is what you are actively doing when you are ‘horsing around’ because we are wired to an extent to say it is ‘no dramas’.

I am wired to smooth it over, dismiss it and justify it not just because of the way I am expected to behave as a women (seriously, is there some women-specific fucking commandment stating ‘thou shalt not cause drama’?!) but because my entire job centres around ensuring people have fun and enjoy themselves, and this can instinctively conflict with what I should do which is smack that fucker down.

So I’m going to take a leap and say most women can relate to being unsure whether it should be taken as ‘a bit of a laugh, don’t overreact’, only to realise that every time you think about it your stomach turns to slime and your face screws up involuntarily. That’s how it makes us feel. It’s not ok, no matter how we have to brush it off. So don’t do it.

[…] A lot has been written on the Prime Minister and his pulling of Amanda’s hair. I’m not going to weigh in on that. I’m a dude. There are other better informed, better placed people who can talk on that (in fact one of our own, Hilary Cameron, did just that in a great piece). […]