A letter to New Zealand 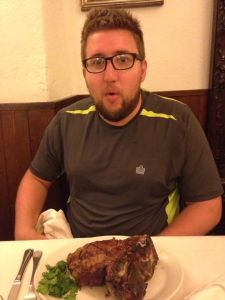 It’s Dave here.  How you been? Some of you have seemed quite angry lately. Are you cool? Are things ok?  Shall we hug it out? We can hug it out.

I’ve just had some stray thoughts over the last few hours that I wanted to share with you as we go into an election that many will tell you will be generation-defining (it won’t be, they never are, but that won’t stop the hyperbole from raining down).

Firstly, please don’t vote for the guy you’d most like to have a beer with. That’s not who should lead us. Our leaders should be better than us, that’s why they lead. At the very least, first among equals. Don’t vote for the guy who you can relate to the most. Vote for the person or party that you think will be best for New Zealand. And that’s an important distinction too. Don’t vote solely on self-interest. Self-interest is definitely one consideration, but also stop and think “what party would be good for the country as a whole?” Then cast your vote for that party.

I think that the whole “have a beer with” anti-intellectualism cycle that we’re in stems from George W. Bush. Despite being from a millionaire family and having been educated at Harvard, he was able to convey that down-home folksy style that endeared him to everyman. And everyman is usually pretty wrong.

Anyway, get out and vote. That much is important. I’ve already expressed my feelings on this, but they were so eloquent that I’m going to do it again. Vote because if you don’t, other people who are super passionate will. And the super passionate people are the ones we can least trust to run the country because they usually are blinded by ideology. So don’t let the Jordan Williams or the Cam Slater or the Martyn Bradburys run this country. This country should be for everyone. Not just those who are really really into politics.

Also, if your team doesn’t get over the line tomorrow that’s shit. And I sympathise but let’s all be magnanimous in our defeats. Besides, rest assured that if your team doesn’t win, the opposition is likely having to work with Winston now and that’s a pretty shit thing to have to do. So some cold comfort for you all.

And also in 20 years time when no doubt your team has been elected in and out of Government like a Catholic, you’ll look back on the 2014 election and go “whew, remember that thing? It was mental.” Here’s the highlights for you:

And after the election, what then? Well we’ll have a bunch of different MPs to bitch/support/not care about. And that will be nice for political nerds, and life will go on as normal for most of New Zealand. Because it’s only really the people at the fringes who are most affected. And this year you have a choice about which end of that fringe you want to look after. Choose wisely or else:

Anyway, rest assured that when everything returns to normal, we at the Ruminator will still be here. To envelop you with our warm embrace of wit, intelligence and disappointment. And there are lots of other things to read online to keep you entertained. I don’t have a blogroll attached to this, mainly because I don’t know how to but here are some interesting blogs to read if you’re sick of me (and to be honest, I’m nearly sick of me):

If I’ve left you off, sorry! Billy Joel has just started playing and I need to change that so I’m going to sign out.

Anyway New Zealand, I hope you look after yourself. I’m sure we’ll speak soon.

Ha! It sure was. It was called “Steak Florentine for one”. I hate to think what “for two” was like.

The link to writehanded isn’t working, it takes you to no right turn.

Bugger. Thank you, that should be fixed. Sorry Sarah!

The problem with your opinion Sir is that you make out like it doesn’t matter who is in charge, like no matter what your life won’t be impacted. By definition that means you are very privileged indeed.

It is also very lazy. And when many people are simply lazy and think that nothing impacts them…well that is when bad things happen and bad people get to do bad things.

So grow up and wake up buddy!