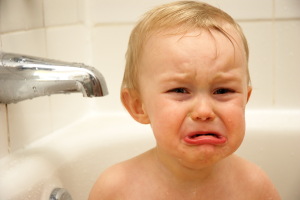 So that was a pretty brutal massacre wasn’t it? There’s an awful lot of reflection happening around the country as the left wing comes to terms with just what the hell actually happened.

How could people have witnessed the campaign in the last 5 weeks or so and still voted National in so overwhelmingly? Dirty Politics! Edward Snowden! Judith Collins! GCSB! Lies! All these things should have lead to a sweeping victory to the left with Prime Minister Cunliffe ruling over us with support from the Greens. Because don’t people see this country is going to hell in a handbasket? A HANDBASKET?

Except it’s not really is it. And I think that’s why National won. And to be clear here, National won. Labour didn’t lose. This was National’s election to win, and win it they did.

I said in my letter to New Zealand that it’s really the people on the fringes who are most affected by which party is in Government. And I stand by that. The poor and the disabled, the beneficiaries for being jobless or too unwell to work, those people suffer under a National Government more than most. But the really wealthy, they do quite well out of a National Government (hence why there was that embarrassing article in the Herald saying that CEOs love John Key).

But it’s not just CEOs who love John Key. New Zealand loves John Key. And my hypothesis is that most of New Zealand didn’t really give a shit about any of the things in the earlier paragraph that should have derailed National. Because (and I’m risking a lot writing this sentence) National by and large did a reasonable job. They got us through a very tricky economic period reasonably well. Please don’t scream at me that they increased debt etc, I know that argument. And there’s rebuttal but I’m not going to go into it right now because it’s been canvassed.

I suspect that the majority of the voting public felt like they had done OK over the last 6 years in spite of the circumstances. They probably thought that John Key and Bill English had a handle on what was going on and were managing our economy well. And that’s really what it comes down to. Why change if things are ok? Those who get hurt by right-wing Governments aren’t going to vote for National anyway so you can mess with them and not lose any votes (look out farmers and CEOs if Labour gets in!).

So if you’re a big Labour supporter I don’t think you need to think that Labour did “disastrously”. Yeah they did badly, and their vote was probably lower than it should have been, but good lord I don’t actually think they were ever going to win (despite Matthew Hooton trolling us that David Shearer was leading to Labour to victory).

The Greens may need to have a look in the mirror and ask “if after 3 years of being labelled the “real opposition” we couldn’t increase our vote from last election, what’s holding us back?” Especially with an underperforming Labour…I have theories, but I’m not going to advance them at the moment.

As for whether or not Cunliffe should stay on or not, I’m undecided. I actually thought he did pretty well when he got the chance. People seemed to begrudgingly admit he won the debates, his policies seemed to curry favour when people actually heard them but so much real policy was lost in the din of the ridiculousness of the campaign, so that Labour was starved of oxygen. And no, it wasn’t the media’s fault, of course they’re going to report on sideshows like Kim Dot Com and Edward Snowden and Jason Ede (seeing that guy resign today is mighty suspicious mind).

So what do you do if you’re on the left? Well you get together as a bloc (this means all the Chief of Staffs and strategists of the Greens and Labour) and have a chat about structuring a REAL opposition for the next term. Because New Zealand clearly wants to see  a Government in waiting. Not a series of sniping attack dogs without any cohesive vision for the future. And then we can have another crack in 2017.

Michael Bassett may have a point or two, when he discusses the flawed leader selection process [ a Labour leader may not have the support of caucus], and that Labour seemed somewhat ‘alienated’ against business where 70% of employment comes from.
The sideshows – Internet/Mana and Nicky Hager probably hardened traditional voters resolve to keep them [the Left} out