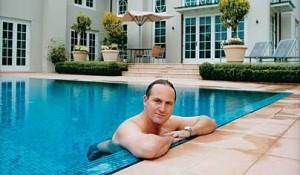 Hubris: excessive pride towards or defiance, leading to nemesis.

It’s a total 6th form essay thing to do, to start a post with a definition like that. But I’m setting context. Overnight, the Feed the Kids Bill was voted on. It failed to get past its first reading by 59-61. Just so you know, first readings only proceed the bill to Select Committee stage where people can whine and bitch and complain and then kill the bill at the second reading. But no, this Government saw fit to nip it in the bud.

Also, and you may not have known this, yesterday in the house, in response to repeated questioning from Greens co-leader Metiria Turei about how many kids go to school without lunch, the Prime Minister had his Education Minister – Hekia Parata – call three – THREE – schools that were low-decile. And then he rattled off the very low numbers of students that didn’t have lunch that day. This is now how we set policy apparently. This is how we use the time of Education Ministers, who are paid hundreds of thousands of dollars a year. They make phone-calls for the Prime Minister. So he can anecdotally prove that New Zealand doesn’t have hungry kids despite overwhelming evidence to the contrary (fun fact, KidsCan is sponsored by the Ministry for Social Development….a Government Department). This despite the fact that 3 days into the new term we were treated to articles in the media about John Key looking for ways to solve child-poverty. Well dipshit, you were presented with one.

Dinner time at the Key household:

But the reason I call this post hubris is because that’s what this Government seems to be showing. The Helen Clark regime was turfed out after people perceived the Labour Government as becoming arrogant and out of touch. Lightbulbs! Showers! etc. At the beginning of this electoral cycle, Key said repeatedly that he was going to be mindful that his Government didn’t suffer the same fate. But holy shit, this National Government is just balls-out going for it with regards to giving zero fucks.

After my denunciation of the Labour Party yesterday due to the travel perks issue, I just wanted to run through the bullshit that this National Government has done since the most recent election.

So goddamn. Fuck this Government. I am hoping that Hubris meets Nemesis in the most spectacular way. But we’re some time off a General Election so I guess we’re just stuck with them.

Long way out from a General Election so he’s getting all the nasty shit out of the way early. New Zealanders with their goldfish memories will let all this slide unless they are continually reminded with excellent reviews, like this one.

I’m a Cantabrian who has never voted in a regional election in my entire adult life. Not by choice, just because I’m not allowed. Fuck that.

I wish I’d said this. Fantastic. Now on my Facebook page.

Read this. Maybe it’s not the government that’s responsible? Perhaps it’s the parents.

Just tell the parents to sort their sh*t out aye! That’ll put food in kids mouths, simple. Maybe Eugene’s marketing budget at Goodman Fielder is being cut due to ‘handouts to poor people’ and he’s not meeting his KPI’s for a bonus.

Sometimes people aren’t good parents. Doesn’t mean that the children should suffer for it. What a shitty attitude for New Zealanders to have, it’s totally a “it’s not my problem” way to look at it, when it should be everyone’s problem to solve. We as a society should look to protect our most vulnerable members, especially the ones that are destined to be our future.

I think John Key’s worse lies were the ones around defence, especially the one about who well we looked after our boys in Afghanistan

And you didn’t even mention Key drive to sign the TPP agreement !
If that isn’t the greatest risk to New Zealands sovereignty nothing is !

Bit by bit our democracy is being hijacked by a Government that less than 30% of New Zealanders voted for.
Key said he had a “mandate” on State Owned Asset sales ,he ignored the citizens on the GCSB laws ,he lied about us being spied on and even now he is rushing to sign the TPPA even thou most New Zealander don’t even know what it is !
We need to start watching this Government more closely and we need to google TPPA !
It’s our future and we need to know what is being signed away in our name !

The post illustrates why the general public aren’t as outraged as the good Lord Sutch.
Defocus your eyes and look at the article – you see …

There are some really important points in there, and then there’s “and, he was rude to Eleanor Catton, and Donghua Lu ate dinner at his house.”

From the afternoon National took office, the outraged cries of outrage began. It becomes a Cicada-like background cacophony, and no one separate message is heard.

Maybe it’s a deliberate National Party ploy (do SO MUCH wrong, that there won’t be any focus on one thing). I know, let’s add that to the list, too. THIS time what we’re saying will grab the public’s attention!

[…] And in that time the following has occurred under National’s watch (as set out so angrily in my own post “Hubris“): […]